This 1993 Modulus was the last Blackknife Bob regularly played with the Grateful Dead. Its touring life began at the annual Cal Expo shows in June of 94’ and was played as Bob’s primary guitar through the Oakland shows in February 95’.

This unique instrument features the rounded horns found on Bob’s other Blackknife guitars but with a cutout on the lower body, which functions to accommodate the Steinberger bridge.

Ever chasing sustain, Bob used modern technology, of the time, to push farther with the use of a Fernandez sustainer system… an electronic solution to literally allow for endless sustain.

Other features include a Modulus graphite neck (of course), switches to turn on/off the pickups and control the level of sustain put out by the Fernandez system.

Fun fact: It is rumored that Bob had this guitar painted in the same paint as his BMW at the time. 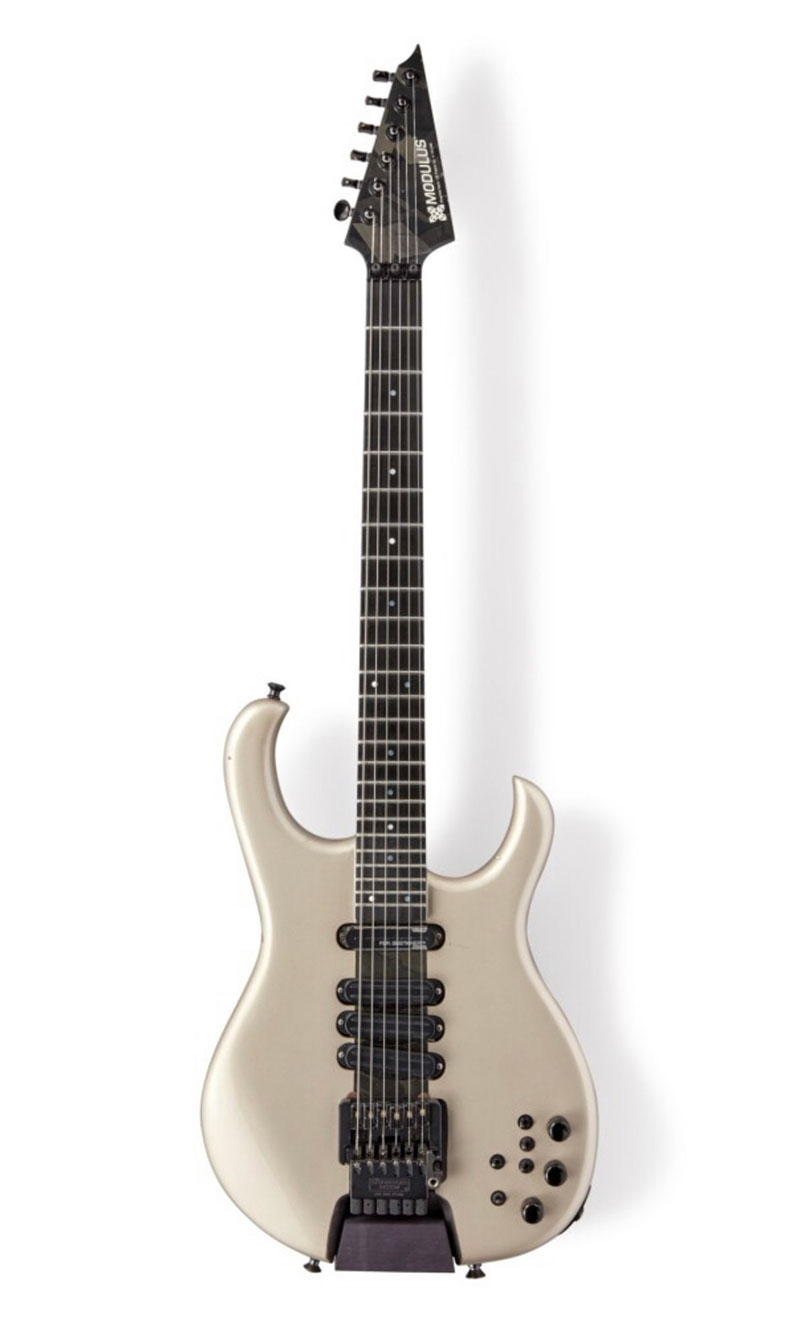