From the very beginning Bill Graham pegged the Ventura Dead shows as “A Weekend at the Beach”. All of the Ventura dates were scheduled during the summer time which made for perfect timing and vacation planning. For all of us west-coasters this became one of the biggest, and most anticipated events of the year. Being a native Californian, camping on the beach with my favorite musicians, playing the songs that sooth thy soul, truly was the weekend of the year for this beach kid. 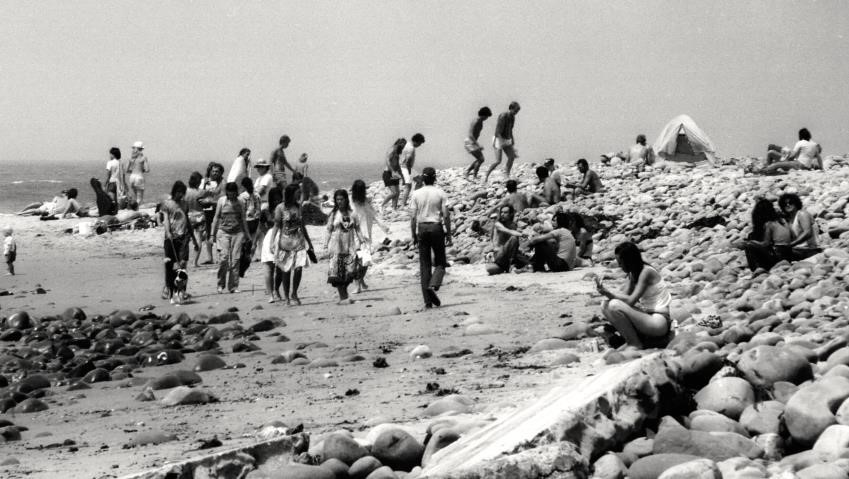 Arriving early and scoring a pseudo-backstage area camping spot had its advantages. The main thrill was knowing where and when the band members would arrive. A friend took advantage of this and waited patiently for them to walk across the dirt track and over to the stairs that led them to the stage. He took wonderful photos of each musician and shared them with me. The following pics are of that moment in time that some wait a lifetime for and others just get lucky to be in the right place at the right time. 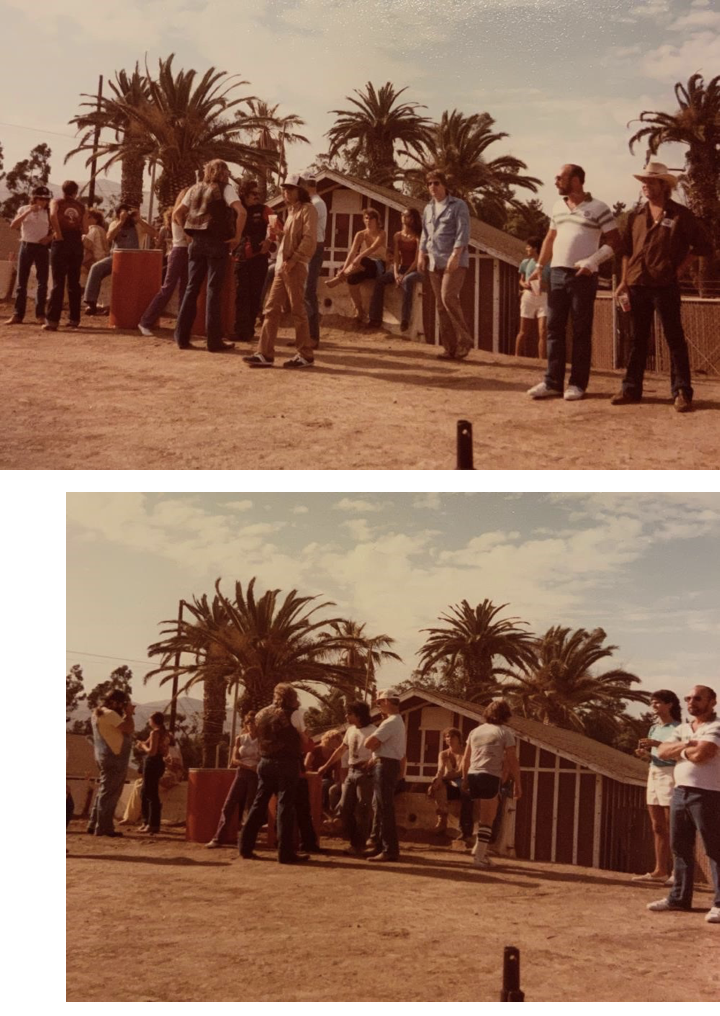 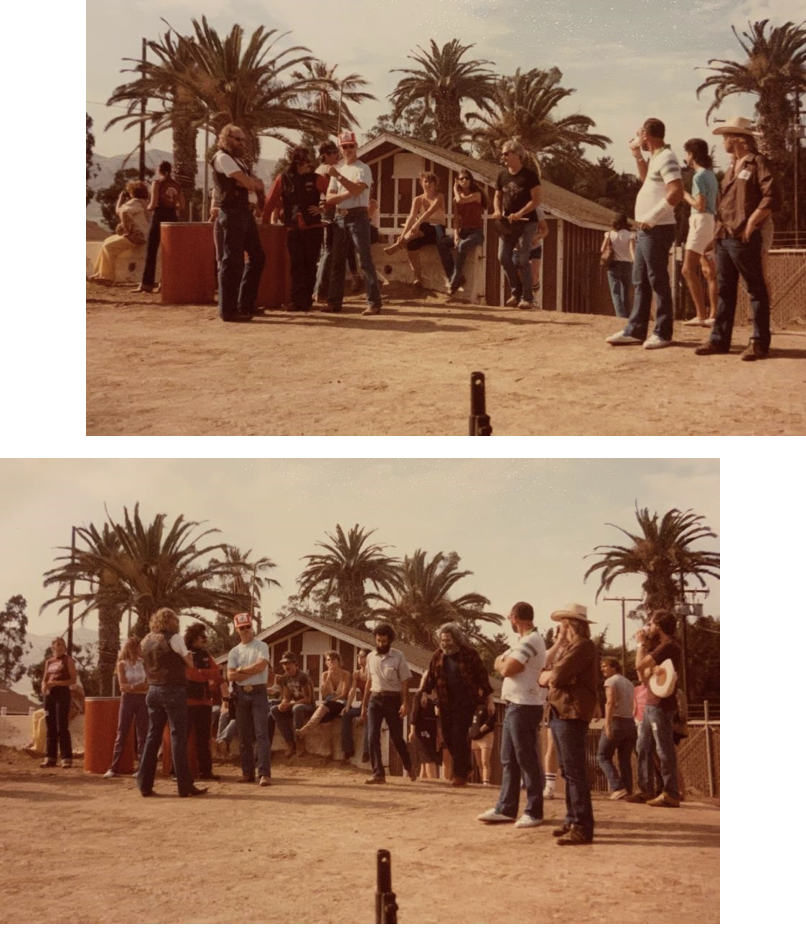 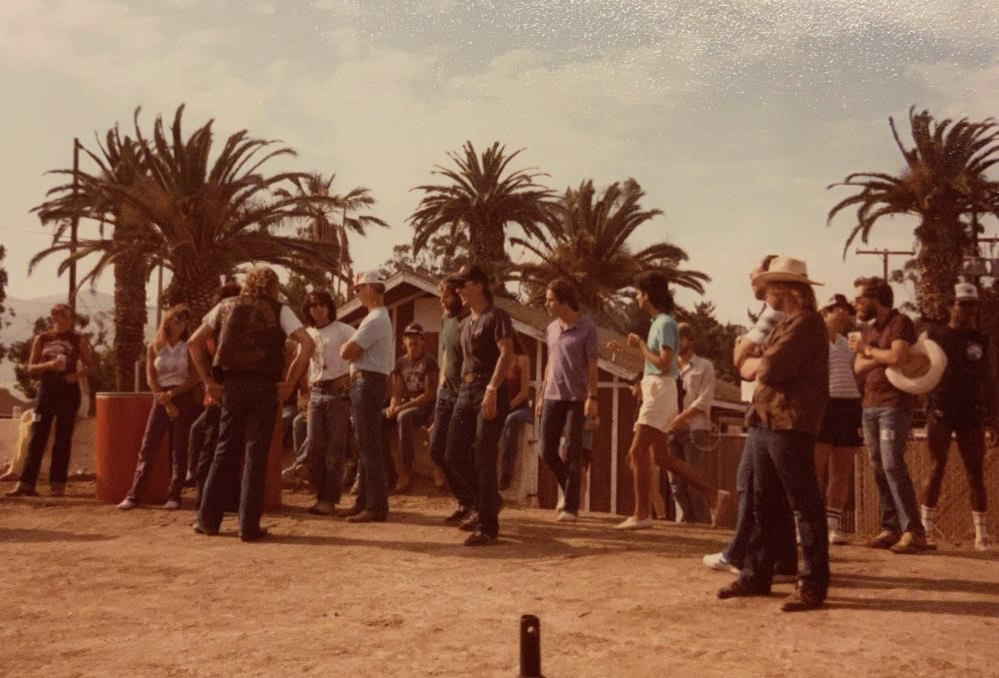 The 1983 Weekend at the Beach was well worth that long wait. As we packed up our camp, doing our best to not leave any footprints behind, we celebrated with our new and old friends and began making plans for 1984. The only thing left to do was to take A group photo which became a show tradition. From here on out whenever our crew attended any shows’ we ALWAYS took a group photo. I know of at least 25 plus different venue group pictures that are out there in circulation. 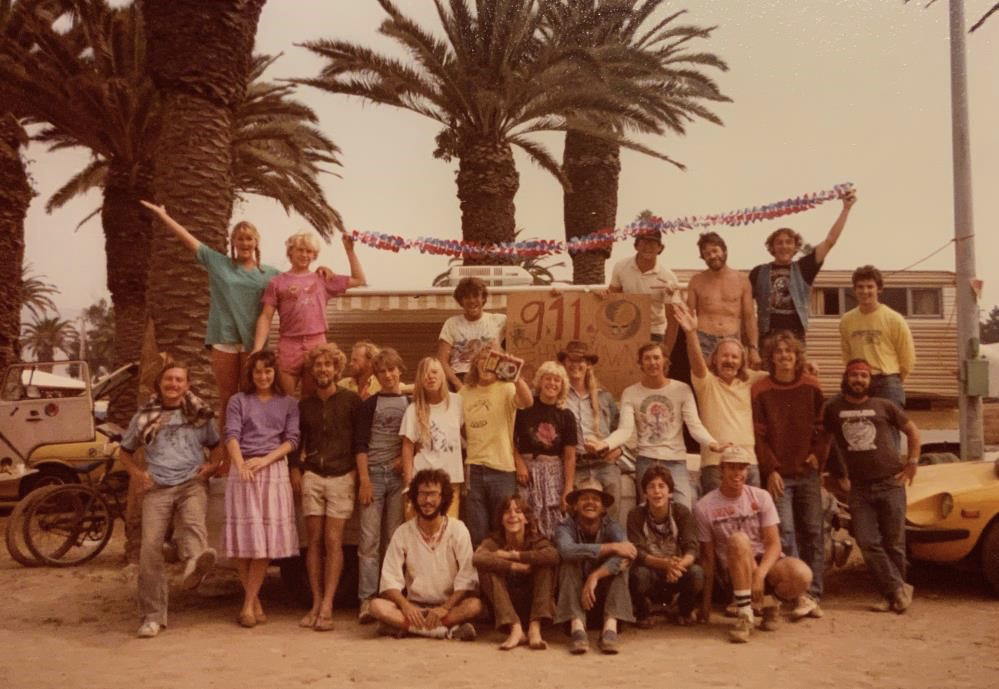 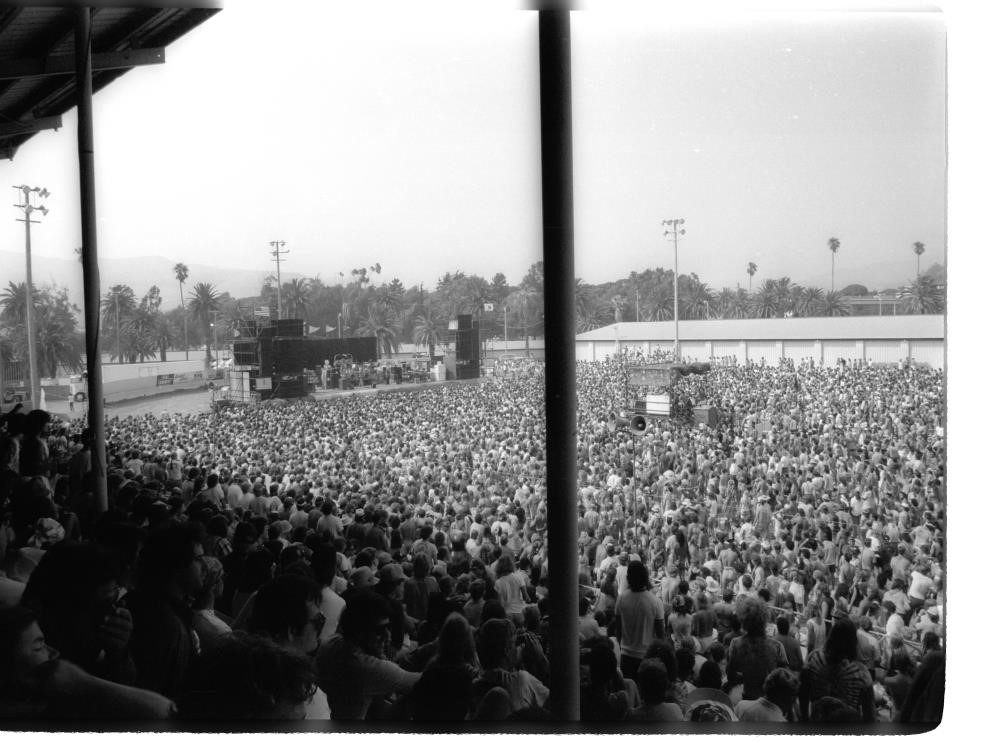 One last photo of the packed 1983 Ventura County Fairgrounds “Weekend at the Beach.”

Were we ever there at all?