From a small town on the Jersey shore called Neptune, Joey Scaglione found the music of the Grateful Dead at Giants Stadium in 1989 when his friends in a local band called Psychedelic Kitchen pulled up to his house in a van and took him to his first show. “My parents were like, you’re not going nowhere, and I was like, bye, I’ll be back later. And then I wasn’t back for days, I didn’t know it was a two-day thing,” Joey recalled. 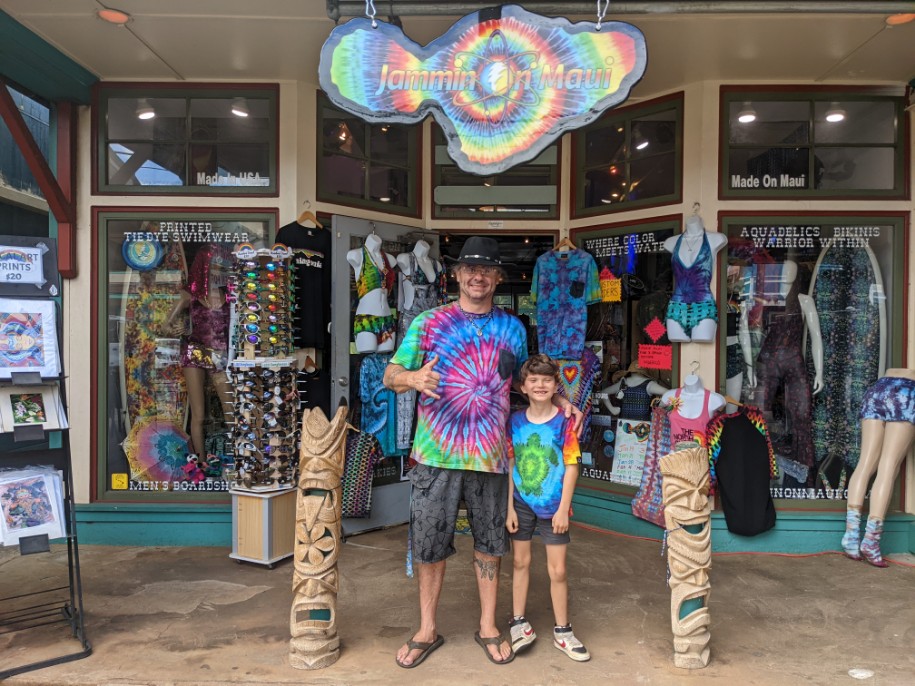 Psychedelic Kitchen was playing the parking lot that night and they used to start their shows with pots and pans. Joey helped them set up and he remembers, “I was fixing my Birkenstocks, I had something in my shoe, and then this dude falls over me, trips all over me and starts screaming at me. ‘What the fuck you doin’?’ I’m like, watch the fuckin way you’re walking, dude, and he’s just like, ‘do you know who the hell I am?’ And I’m like, I don’t give a fuck who you are, watch where you’re walking, you know. And he was like, ‘oh’ and he put his arm around me and said, ‘I like you, you’re gonna do nicely.’ And he hugs me, and I’m like, I still don’t who you are – “ 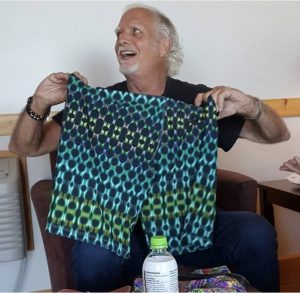 After Joey and Stanley “Bear” Owsley squared that away, they became friends and Bear consequently walked him into his first show that very night. “I’ve never looked back. A few years later, I met the great Ken Kesey in Eugene and he introduced me to the interwoven family of the Merry Pranksters, where I was knighted there shortly after,” Joey remembered. 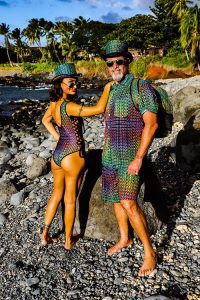 Roots in the GD family made relationships built to last, and years after tour he became inspired by psychedelics to get into tie dye art and design swimwear. He explained, “You can’t wear tie dye in water because it bleeds and fades. I always wanted to wear my tie dye swimming, I loved seeing the color while being in the water. I knew there’s nothing I can’t do, there’s just things I don’t wanna do, and I asked myself, how do I bring rainbows into the water.” 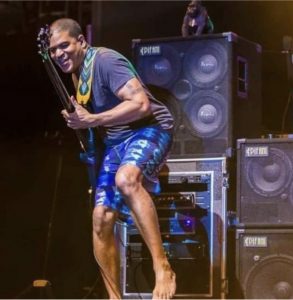 With the help of his good friend Ben Strebel of Jammin On Tie Dye studio, he worked on designs for years before the swimwear was even created. They co-founded Jammin On Maui about five years ago, a sister store in Hawaii to what was formerly Jammin On Haight (now Love on Haight) and Jammin On Vegas (which Jeremy Strebel runs). In Maui, Joey had the perfect place to show off and share his concept.

Where color meets water is Aquadelics, stylish swimwear with cool sexy patterns and cosmic chic designs. The line includes women’s bikinis, and one pieces, and men’s shirts and board shorts in fun multicolored and kaleidoscopic fashion. Through digital design and dye sublimation printing, Joey infuses original one of a kind tie dye artwork he creates with quality microfiber to make water resistant apparel. His concepts are imagined from styles he likes with his own personal particulars added. The psychedelic prints are thrown on according to his creative aesthetic, from either tie dye art or blotter art — and he has permission to use the old school Merry Prankster Acid Test designs. Aquadelics also carries hats, backpacks, and parasols with the same style of psychedelic interpretations. 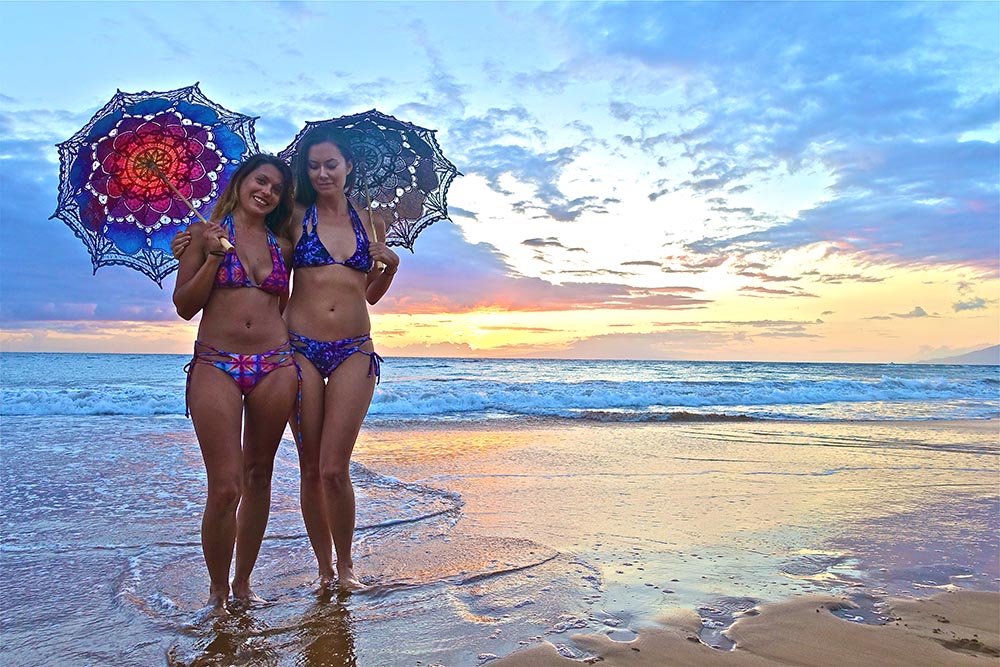 You may have seen Aquadelics on Dead & Co tour, both in the lot for sale and on stage. Joey related how, “I met Billy [Kreutzmann] at the Rock ‘n’ Roll Hall of Fame at the Grateful Dead wall. And of course, he was looking for some weed and said let’s go back to the bus, where we became close friends. And as soon as I started to design swimwear, he was one of my very first customers and has been wearing Aquadelics by Jammin On onstage ever since with his friend Oteil Burbridge.”A power vortex for GD family whether they’re visiting or island locals, the store and clothing line represent years of deadication to GD family style and counterculture living.   “Jammin on Maui is more than just a store to me, it’s all my memories from following the Dead on tour that I get to share and relive everyday with everyone that walks in,” Joey shared. 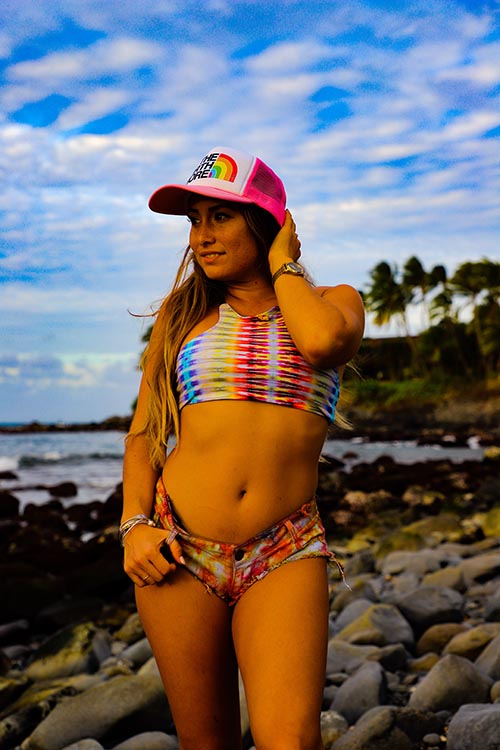 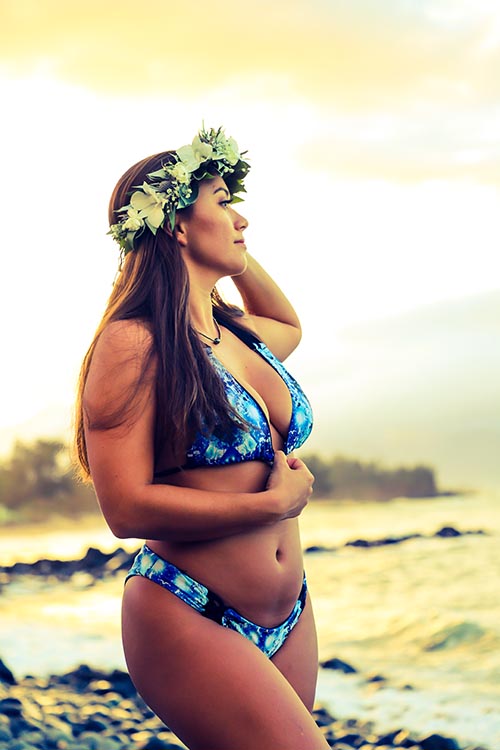 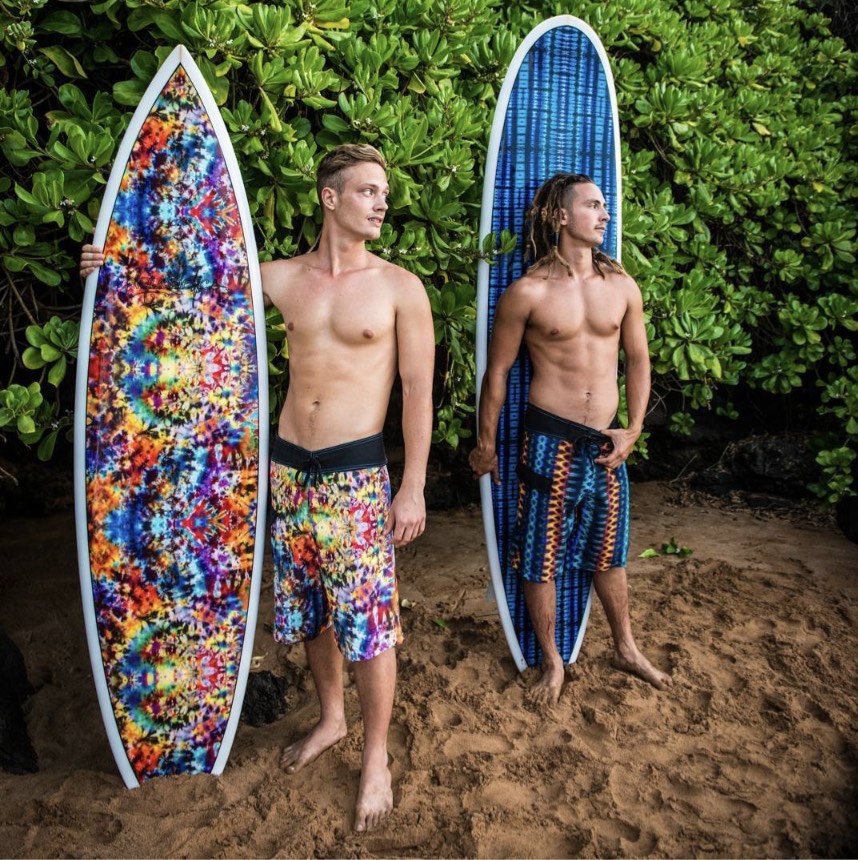 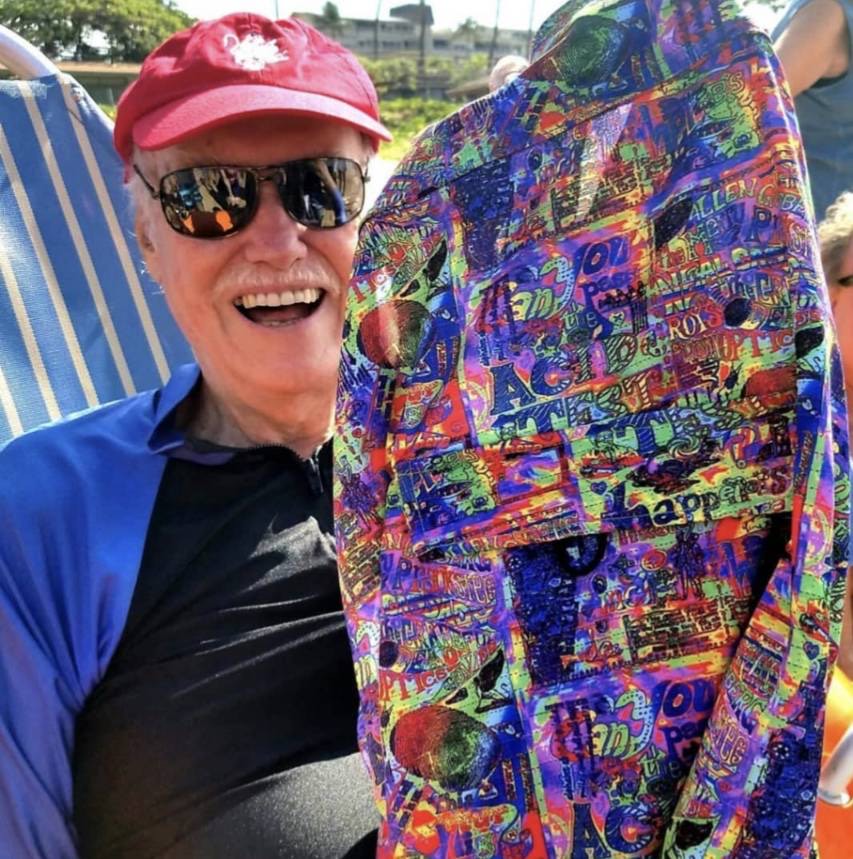