Bobby likely received his Walnut through-neck Modulus in early 1988. It’s modeled after his Cocobolo Blackknife used from 8/24/85 through 12/31/87. This instrument is the third through-neck Modulus Blackknife for Weir, with the first being used between late 1983 and 1985, switching off with the bolt-on neck No Fun Blackknife guitar. In 1988, Weir also played his famous Pinky Modulus Blackknife and a new white Casio PG-380 with a bolt-on Modulus neck. As a result, it appears Weir only played this Walnut Blackknife off and on the spring tour culminating at the Frost Amphitheater shows. This is a recent acquisition and we need to do more research for specific shows, though we know it was used by Weir in April several times and in May at Frost. The guitar was also famously used by Mick Taylor, former Rolling Stones legend, at the Grateful Dead’s Rainforest Benefit at Madison Square Garden on 9/24/88. There are excellent videos of Mick playing West LA Fadeaway and a smoking Little Red Rooster on the instrument. Additionally, there is photo evidence of Bob Dylan playing this guitar on 2/12/89 for most of the second set, including playing on the last Monkey & The Engineer, at the Great Western Forum.

For Modulus guitars, the first two digits denote the year, yet this Blackknife has no serial number. The guitar is constructed with wood laminates of ash, maple and walnut. The guitar has a Floyd Rose bridge. It has a tremolo arm that seems to need work to return to playing shape. It has a locking nut. The guitar has three active EMG single-coil pickups with on/off switches for each. There is a master volume and master tone knob. 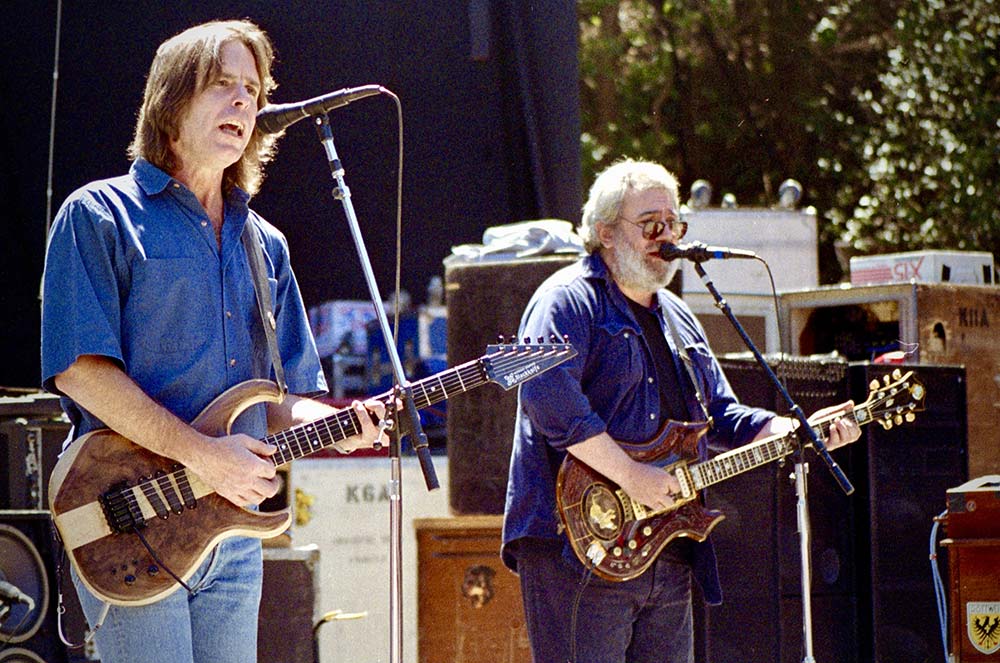 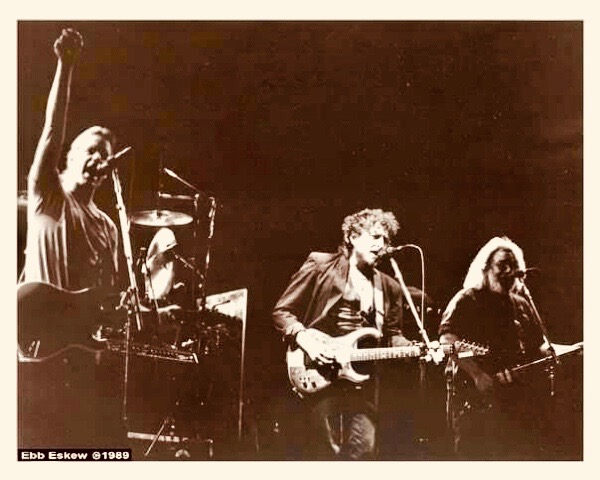