Bobby likely received his grey Alvarez WY-1PG in 1992 or 1993, as the Grateful Dead began adding acoustic numbers for Weir from June 1993 to the last show in July of 1995. Weir can be seen playing this grey acoustic from various shows in this timeframe for songs such as El Paso, Mama Tried, Me & My Uncle, Big River, Mexicali Blues, Maggies Farm, Eternity, High Time, Desolation Row, Masterpiece, Black Throated Wind, Uncle John’s Band and Looks Like Rain. Bobby played acoustically in 4 shows in 1993 and then at 69 shows in 1994 and at 39 shows in 1995. He would play anywhere from one song to four acoustically. There is photographic and video evidence of this instrument from 1994, specifically on 6/26 and 9/24. It is clear that the guitar has been played significantly, though as this is a recent acquisition, we need to learn a lot more about its specific history. 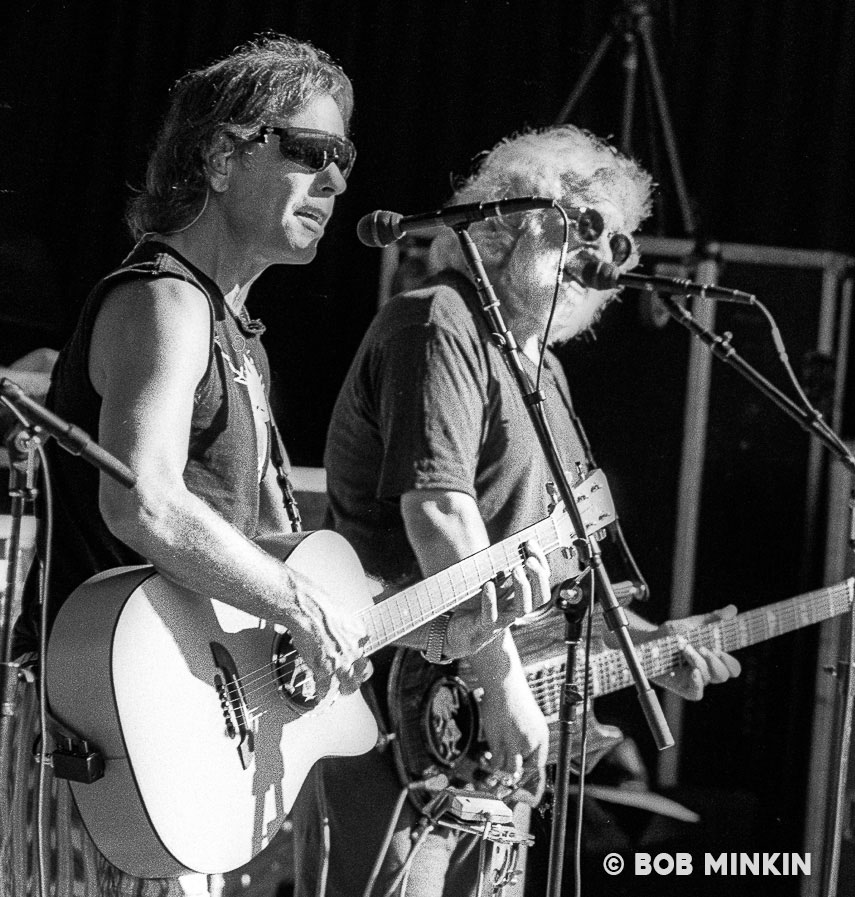 Bobby’s guitar is challenging to date, like all Alvarez-Yairi guitars, though there is a 4 to start the serial implying it is from 1992, using the emperor code that Yairi allegedly used. The W in the serial refers to Weir, who had a long design relationship with Kazuo Yairi with the first Weir signature guitar, WY1BW, released in 1991. A highly rare and special element to this guitar is the Modulus graphite neck, an element found on Weir’s main guitars from 1983 and beyond his time with the Grateful Dead. The guitar has a matte grey finish, cedar top, mahogany back and sides. The matte finish is flaking away on the graphite neck and headstock, just behind the nut, which is an identifier for the instrument in later images and post Grateful Dead. While it has been pictured with a sound hole pickup, an internal microphone was added to go along with a piezo pickup under the saddle. It also now has a drop D tuner that appears to have been added post Grateful Dead. 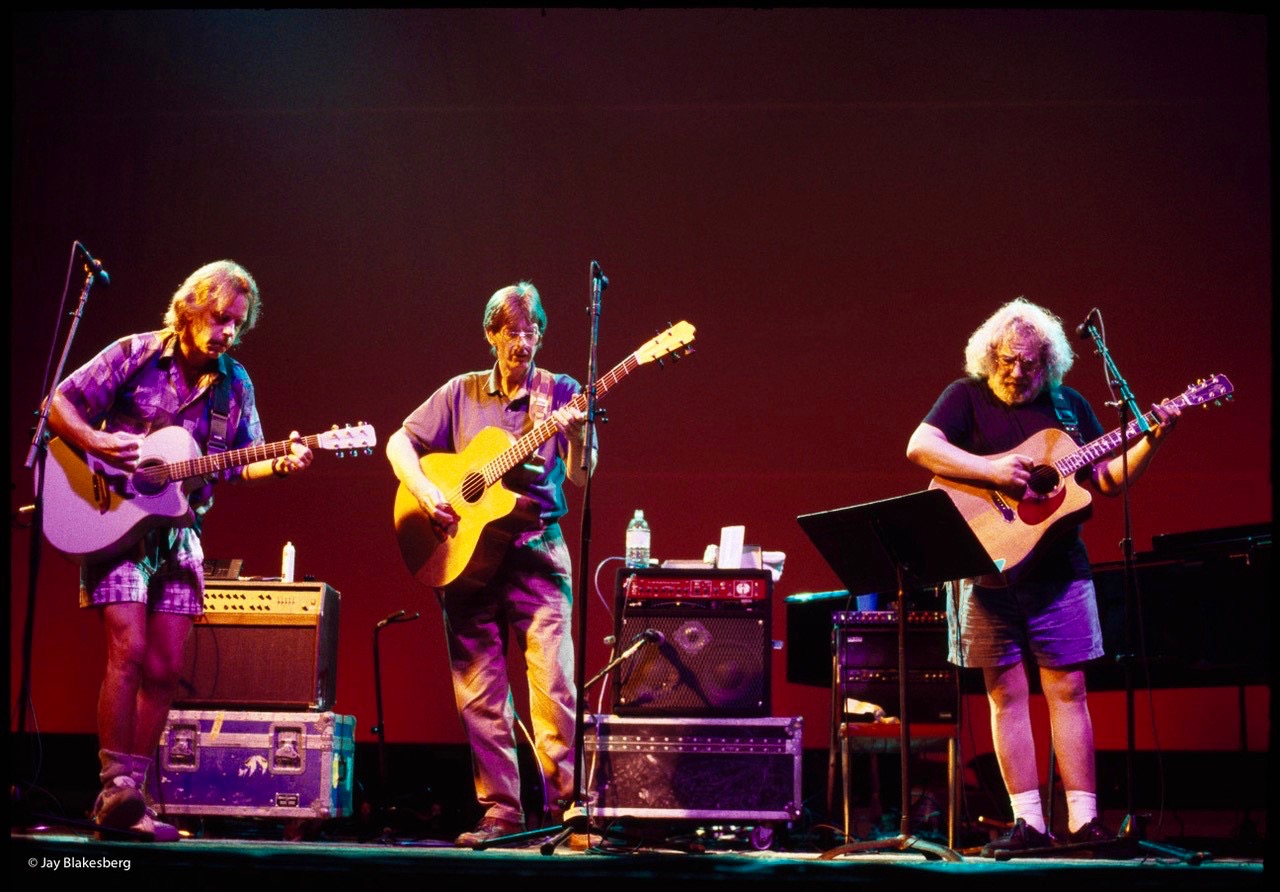 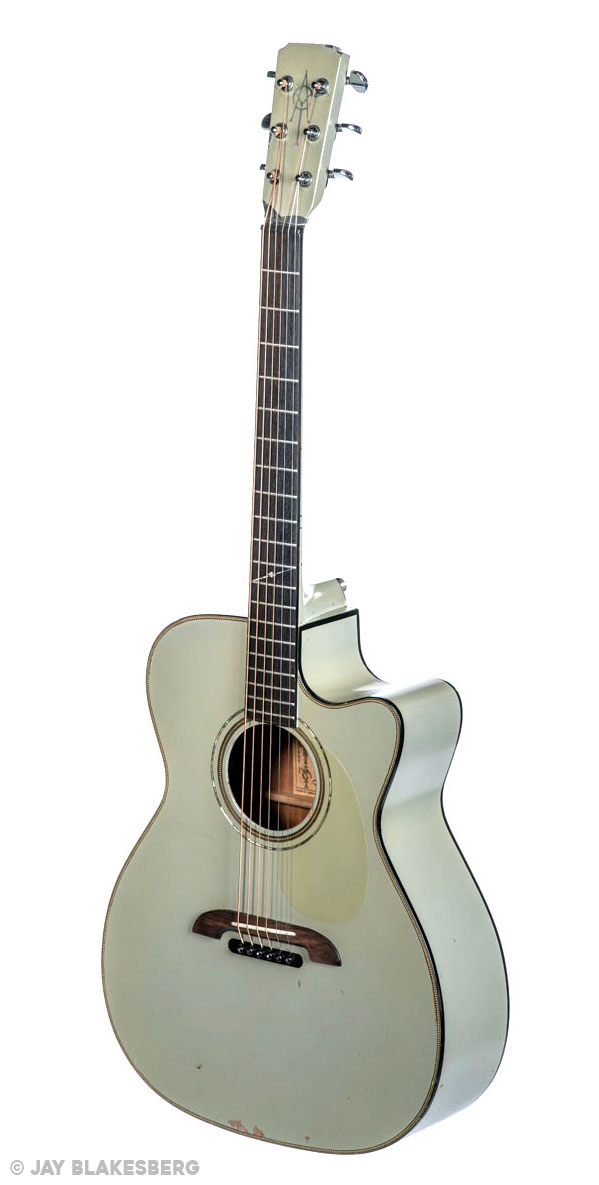