“I first saw a bus full of Deadheads on a road trip when we moved to Virginia when I was twelve. We stopped at a rest stop and a bus full of hippies came out,” artist Elisa Rose Mountain remembered. At her new middle school, a girl played her the Grateful Dead for the first time. At fourteen, she sought out the live experience and went to her first show in 1994. “I got to see six Grateful Dead shows until Jerry passed away. The last Grateful Dead show was my sixteenth birthday. I got my driver’s license that morning and drove to see the show with my best friends. I have been a Deadhead ever since,” she said. 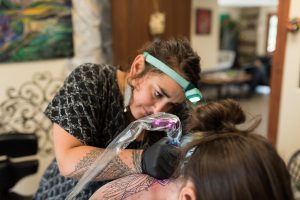 Elisa lives and makes art in Denver, Colorado, though she’s pretty nomadic. She paints hats, designs patches, stickers, clothing and jewelry. In 2013, she started a tattoo apprenticeship and has been mostly focused on tattooing ever since. Collaborating with other rad creatives, she has a vibrational jewelry line with Andrea Sugar called Chai Vibes, and also designs cool goods including embroidered hoodies with Mountain Song Collective and stickers and patch designs with Dead Commandments. 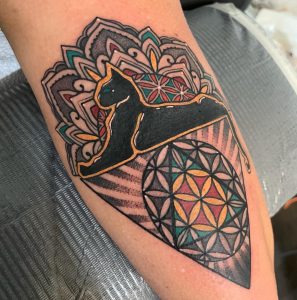 Elisa has drawn since she was a child; her parents encouraged her and even let her draw all over the walls of her room. She received a degree in art from College of Santa Fe in New Mexico, a master’s in teaching from Seattle, and has studied with visionary artists Laurance Caruana, Amanda Sage, Andrew Gonzalez, Martina Hoffmann, and the late Robert Venosa. Elisa’s style is well crafted and extremely creative; looking at any of her art calls forth a fun and conscious-expanding experience.“I have been drawing mandalas and henna patterns since I was in middle school. I was a big doodler and started to see a pattern in images I was drawing. As a young teenager, I started to experiment with psychedelics and was very interested in ancient cultures, philosophies, and religions. I began to see similar patterns and shapes across different cultures from all over the world. I wondered how these patterns could be common to ancient people who never met but were creating similar art? It intrigued me,” Elisa explained. 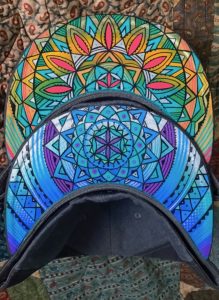 Exploring the phenomena of sacred geometry, she has a great hand and gives a beautiful line to the cultivated symbols of our human experience. Whether she’s painting, drawing, or tattooing, Elisa’s work is lovely and exquisite. She invokes color through kaleidoscopic perception and does righteous black and gray work. Inspired by the patterns she calls the “blueprints of creation,” there’s a universal language of cosmic elements in her aesthetic and artwork. “My art is my offering to the world,” she said.Involved in the Grateful Dead tattoo community, Elisa has found good friends. The Fare Thee Well shows brought together a group from Facebook who shared envelope art, and Elisa had her envelope included in the Field Museum art show. She followed the group out to San Francisco to participate in Bolt Day, an annual tattoo flash day that takes place the day after Jerry Day, at a San Francisco shop, Eye of the Tiger Tattoo. 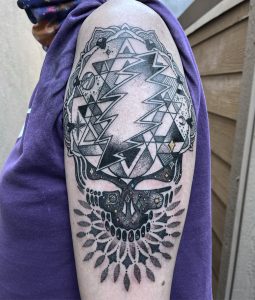 “I borrow a lot of the imagery and symbolism from the original Grateful Dead artists, especially in tattoo design. Many fans want the symbols tattooed on their bodies to show their deadication. I always try to make them unique and my own. The music inspires me. There’s so much imagery in the lyrics. The stories in the songs move the listener through many dimensions and tell tales of time and space in colorful poetic visions. The stories are immortal and will be told for many generations,” Elisa shared. Elisa will be part of a new Grateful Dead tattoo book coming out soon. The book is currently looking for submissions from fans who want to send in pictures of their GD tattoos and be featured in the book. If you’re interested, please submit at Gratefullytattooed.com. 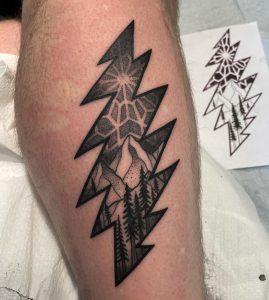 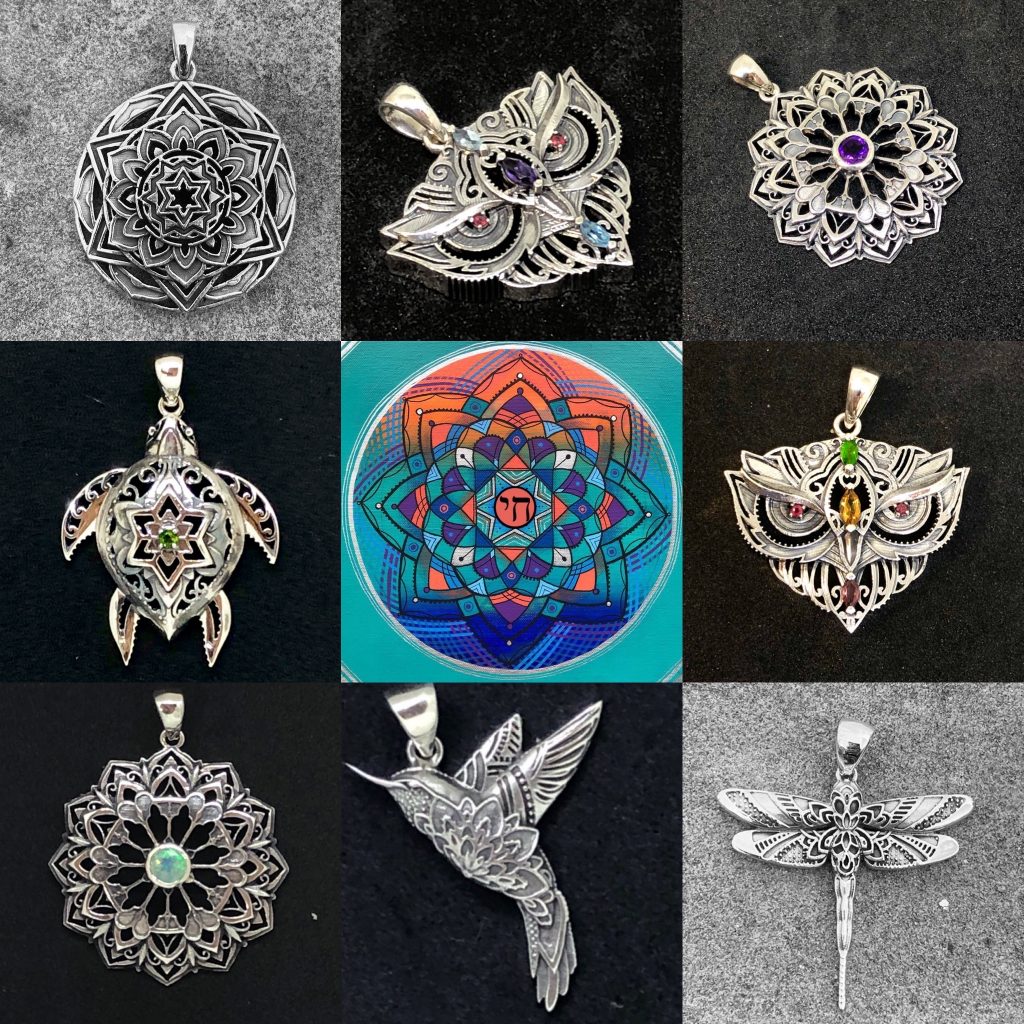