Painter Monique Harvest Abbonizio has a deep love for all things made by hand and a profound connection to the Grateful Dead. “My first show was in Philadelphia at the Spectrum. I was a senior in high school. At that time, folks, we were still allowed to camp at the venue. The area across the street from the Spectrum was called ‘the lakes’ in south Philly and there were huge tents set up and all kinds of colors, smells, and different looking people. My first thought, ‘this must be heaven,’” Abbonizio recalled.

She jumped on tour on the east coast and eventually found her way across country to Oakland, making friends in between and growing inspired by Deadhead culture. The music became a part of her, finding the freedom to move in the dance, and the need to share the songs with everyone. Developing her art craft, Abbonizio was making graphic tee-shirts and when she needed to wrap them, she started painting words in her own calligraphic style on the paper, to give the gift an experience of persona and meaning.

“I’ve spent years trying to paint perfectly and I finally stopped torturing myself and happened upon Frederic Hundertwasser, a revolutionary German artist who didn’t follow the rules. I found freedom in his work and allowed myself to let go of what I thought was expected of me to be considered an artist.  And really this is the same way I found my personal freedom through the Grateful Dead music,” she explained.

Enchanted by Robert Hunter and John Perry Barlow’s lyrics, she painted them on her wrapping paper, and today she uses canvas to tell the story of a Grateful Dead song. Making each painting very personal, she wants people to read the messages of inspiration, of tragedy, of how to be a better being. Each song tells a story and Abbonizio strives to paint them in a beautiful way, so people stare at the work and are moved by the lyrics. It can take anywhere from six to eight hours in the studio to complete a canvas and choosing lyrics is a unique process. Trusting herself to choose the right words for the right person, she spends a lot of time reading the lyrics and understanding the story being told or the message she thinks is being shared.

Next, she determines the spacing on the canvas, so it reads just right. Super diligent about making sure the words are correct, she has two copies of Box of Rain, “because my first one is so brokedown,” she explained, and then added, “I also use the Complete Grateful Dead Annotated Lyrics book and the Complete Grateful Dead Songbook.” The paintings are so special that she keeps a log of all the Grateful Dead songs she has painted. “I know who has which song and where in the country the piece is and when it was painted. It’s really an act of love,” Abbonizio said. 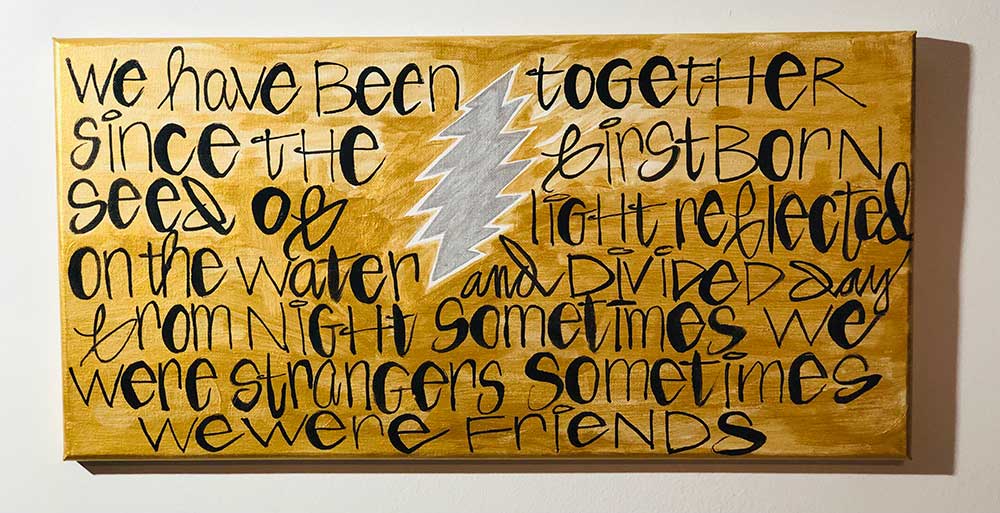 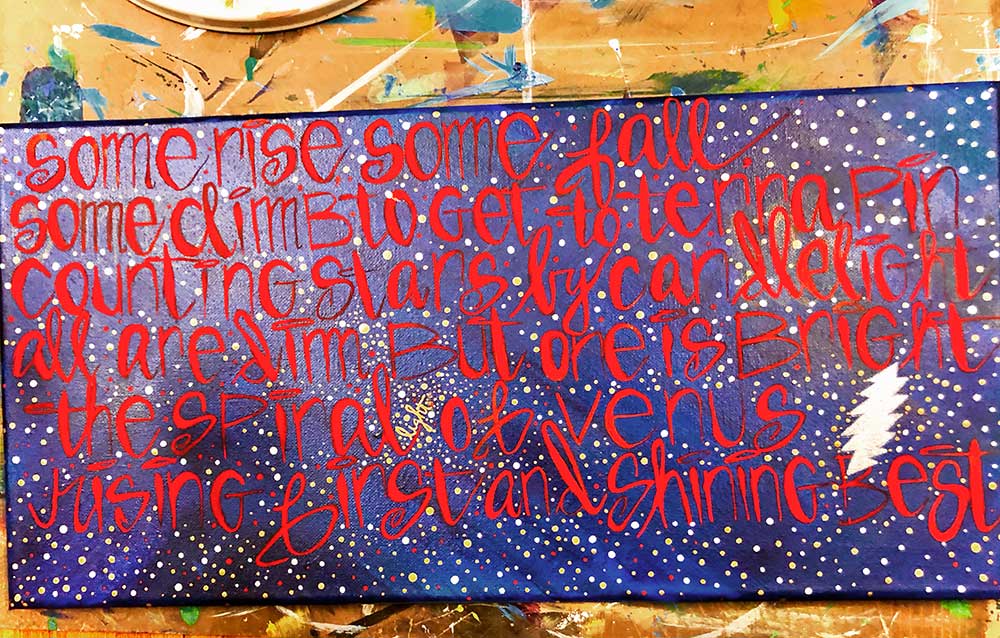 Reflecting this desire to relate to everyone through art and music, her custom paintings offer an original and introspective decoration to any space. Abbonizio shared, “Right now all I want to do is paint Grateful Dead lyrics in a beautiful way because they are messages about how to be a good being and not get stuck in yourself. I like the idea of moving through life with a pinch of grace. Granted there are much heavier messages and I learn from those too – ‘ain’t nobody messing with you but you.” 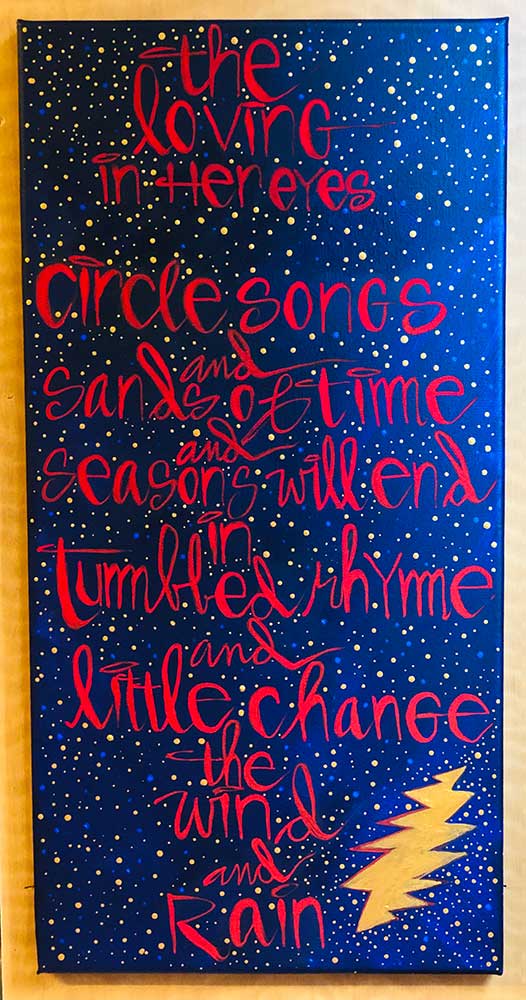 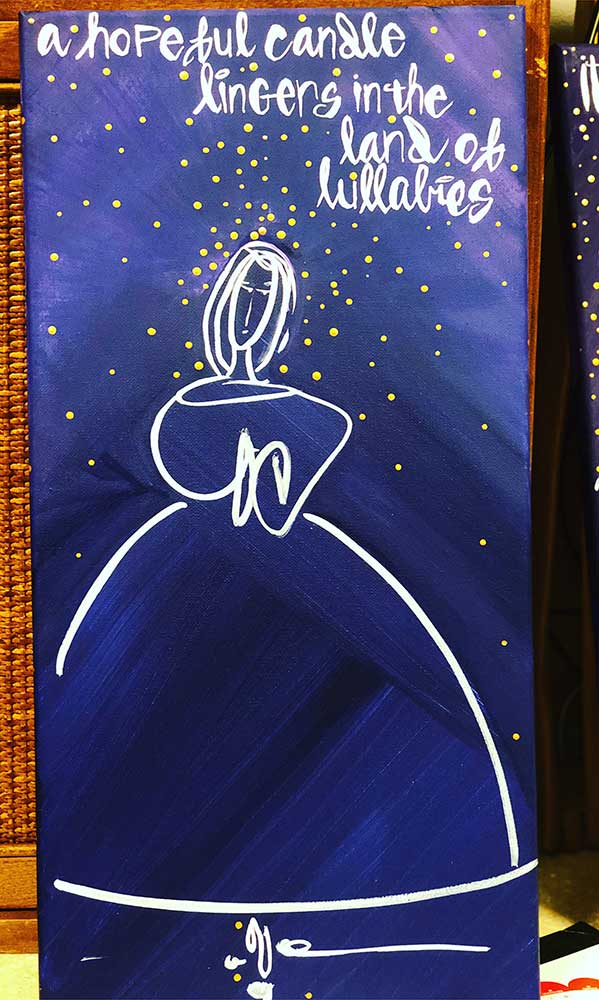