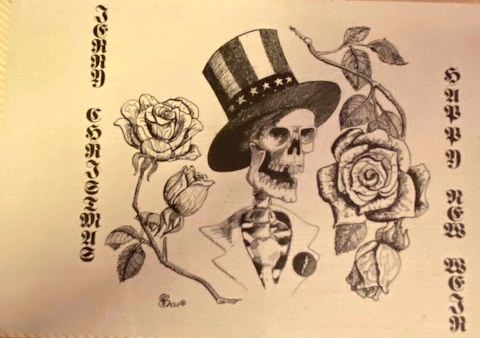 Thinking back to the ‘80s years of festivities, nothing really compared to the thrill of getting those precious New Year’s tickets in the mail. The anticipation and anxiety as you checked and double checked your mail orders, index card request and return stamped envelopes was sometimes painful. In order to even be in the random draw one had to follow all rules or your request was returned.  You also had to personally take the 8×10 envelope to the post office to have the official stamp placed in the upper corner. Oh, my goodness the rush of adrenaline as you placed your fate in that postmasters’ hand was an experience that so many of us got to have on a yearly basis. Was luck on your side as you wandered out of the building and back home? 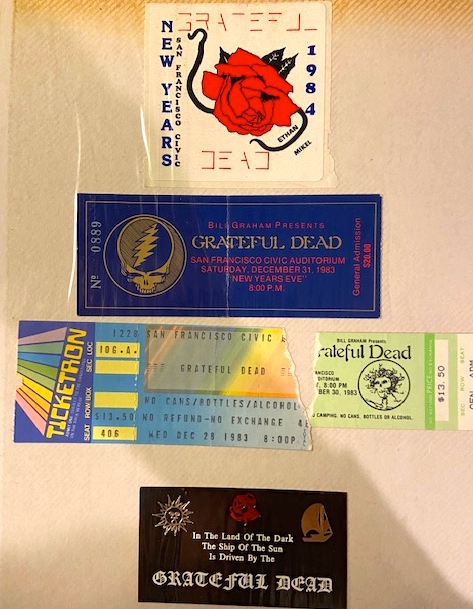 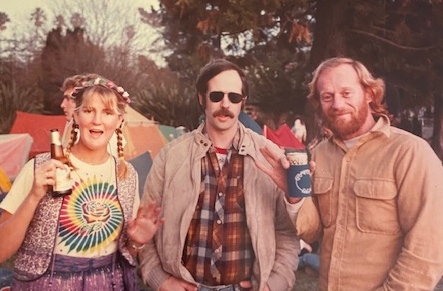 I was lucky enough to go to six New Year’s celebrations during the ‘80s. My crew consisted of my best friend, Alan Buck, and family. We would drive up and get there usually on Dec 26th. Our norm would be to park on the curb next to the park behind the Oakland Auditorium. There we would camp, socialize, vend, and survive the long week. Sometimes we had great weather, other times we would freeze. One would never know until it happened. But, survival of the fittest, especially when it rained, was the call. 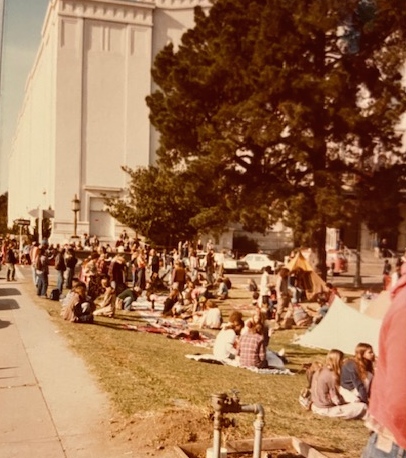 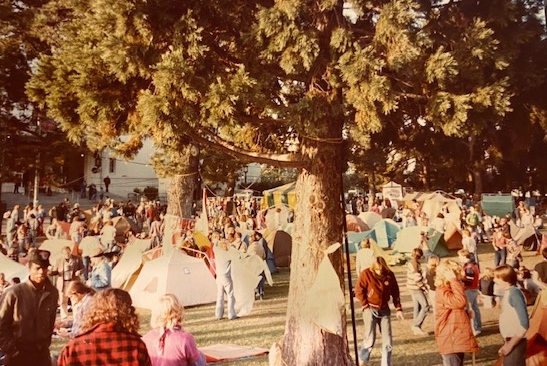 The scene was always buzzing with Dead Heads from all over the world. We had friends fly in from Germany a couple of those years. There was always some sort of entertainment to be had, and or games to be played. Thank goodness for a couple years of volleyball games provided by BGP that kept us warm and occupied. It was usually staff or band roadies against those of us willing to get a team together. When it came right down to it, I found pre-game totally exciting because you would never know what you would win if you won. New Year’s was worth every ounce of effort it took to get there. 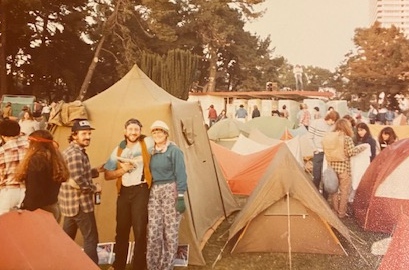 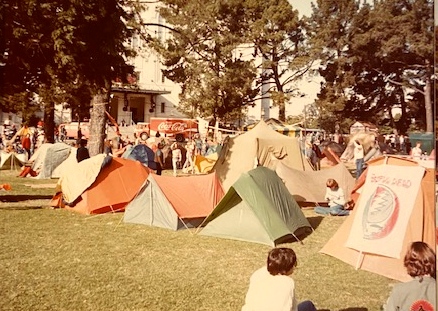 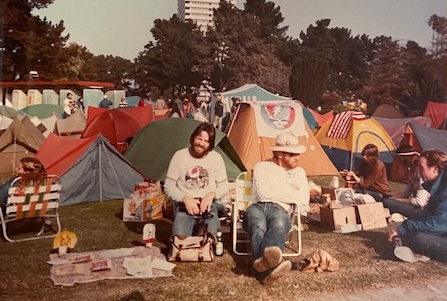 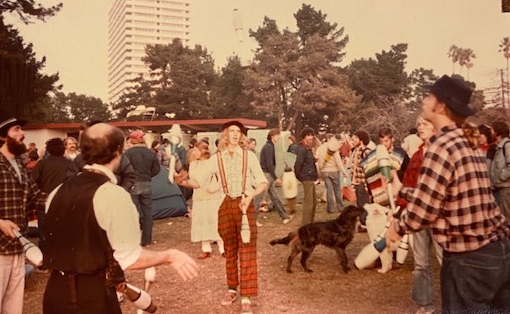 It truly didn’t matter what else was going on in the world as long as you went to New Year’s week with your family of fellow heads. But when it came down to the final night the energy was incredible all day so it was important to pace oneself in order to be present at the big countdown. That’s all that really mattered to many of us. Speculation of how Bill was going to ride in the new year was a fun guessing game. Some of us made bets others were just happy to wonder. For me, it was important to be able to witness the show from the first row on the rail of the balcony, one section from the stage. That was my go-to spot, for the long night ahead, for the years I was able to attend. Plus, great photo opportunities were important as well, otherwise I would not be able to share my pictures today. 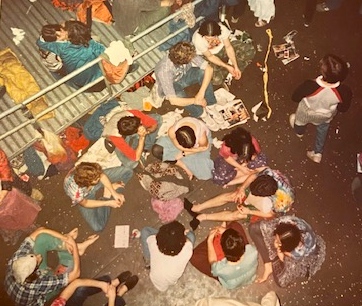 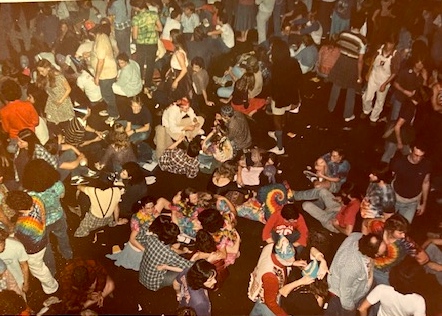 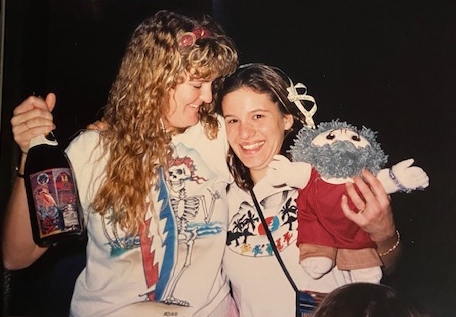 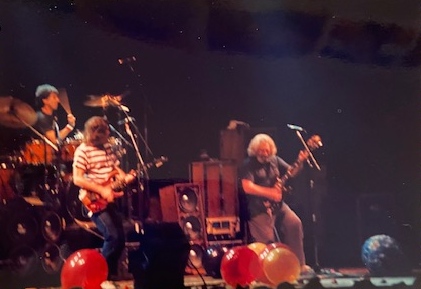 Over the years Bill Graham, Father time, would ride on a large variety of floats including giant skulls, mushrooms, earth replicas, flying joints, and my favorite the Golden Gate bridge. It was always such a wild night of fun and frolicking around the hallways of the auditorium. The following photos are from a few different New Year’s parties that were unforgettable. All I can say is “What a wild ride we had.” 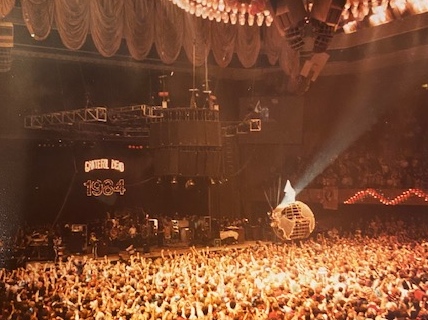 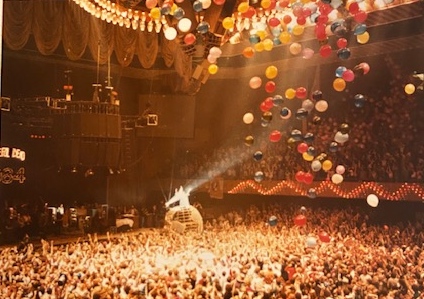 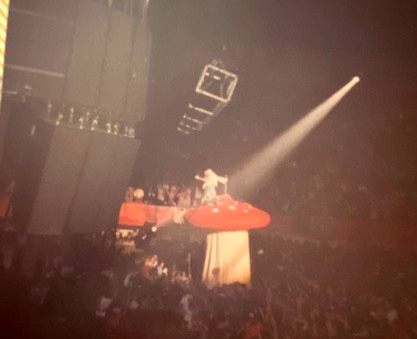 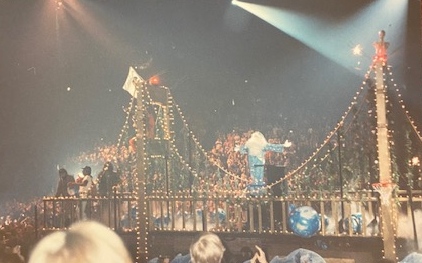 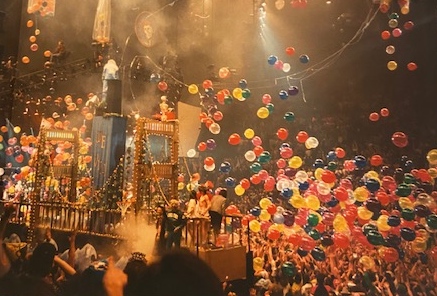 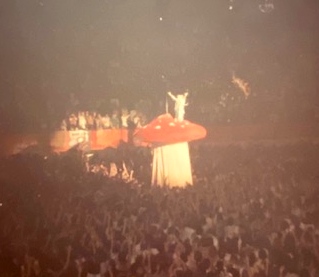 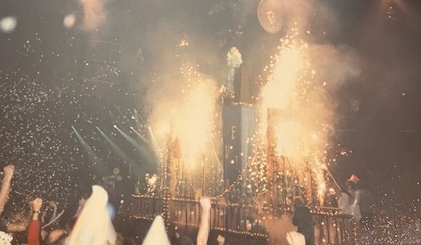 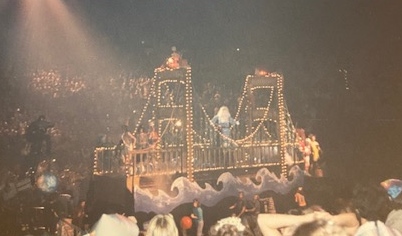 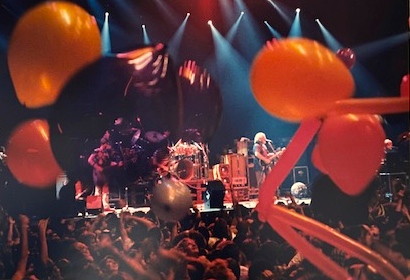 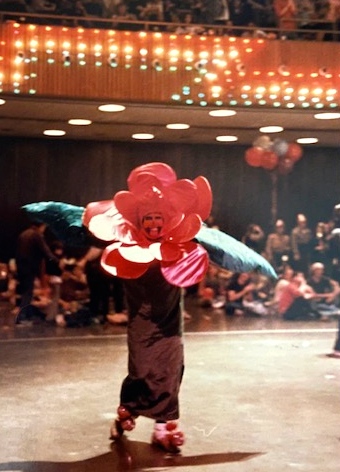