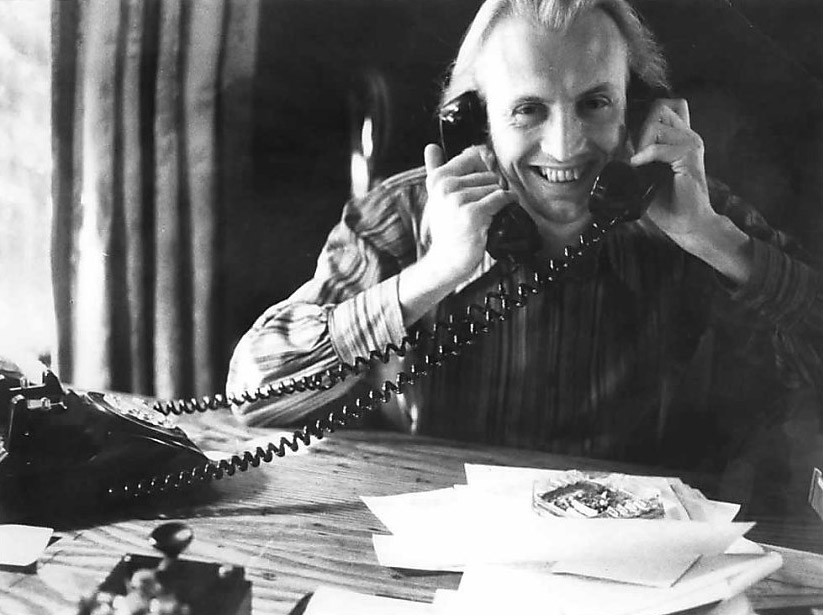 On March 13, 2011, while researching liner notes for the boxed set Europe ’72: The Complete Recordings, I had a brief but colorful interview with Jon McIntire, who was one of the Grateful Dead’s managers in the 1970s and ‘80s.

McIntire: Sam Cutler did a magnificent job of putting that tour together. It was like pulling a rabbit out of a hat. He did it better than anyone could have. Kudos to Sam for putting that together. It was really spectacular… getting the bookings and making it financially possible to do – along with Warner Bros’ support.
We had two buses, 52 people. I remember a lot of times, driving through France—two buses with 52 hippies. It’d be 4 in the afternoon and we’d be really hungry, and when people like us are really hungry it’s not a good idea to let that hunger go on very long because it might burst out in ways that you’re not really comfortable with. And so we’d have to go to some little countryside French place, and of course all of France closes down between 2:30 and 7 for food— it’s not like in this country where there are things that are open all the time and you can eat whenever. That doesn’t happen in France; you eat when the meals are cooked. And so I would have to go in there with my small knowledge of French and try to talk them into serving 52 really weird-looking people who would be very grateful if they were fed at a time when no one is eating in the entire country. And that happened a lot.

I think we were on our good behavior, in general, yes.

I remember the first time we played the Olympia in Paris. The audiences in Paris, although they were Parisian and spoke a different language, were like the audiences in New York. The enthusiasm… they had already adopted us as their exciting partners. It was just thrilling, absolutely thrilling. And of course it’s the Olympia, which was Edith Piaf’s home, and all the incredible things that have happened there over the years.

But it’s always kind of hard to attribute the music to what was going on that evening. There’s always this mystery about it as to when it’s gonna click and when it’s not. And you could never tell. For instance, I would assume that – being a kind of a Francophile at the timethat the Olympia would have goosed them just the way it did. France was very high-energy, and the kind of exciting energy—like the Fillmore East in New York.

Jahrhunderthalle in Frankfurt was a modern concert hall with a concert organ – a beautiful hall with absolutely magnificent acoustics. It’s meant for symphony orchestras. I believe, in that hall, there was a stepped up, pumped up recognition [among the musicians] of the nuances. I do believe that the spectacular acoustics, and the wisdom with which it was built, did affect them. I believe they were able to hear themselves better than they normally could….

Phil was totally stoked on it, because he knew exactly what was happening there. It was right down his alley, you know. I don’t remember exactly the things that were said, but I remember Phil’s enthusiasm about that hall.

I remember Radio Luxembourg as being really, really weird. First of all, Luxembourg is a weird place. I mean, you think you’re in France, but try to find a good meal there. And they have a language that’s a construct – it wasn’t a natural language, and they just made it up. I don’t know. I just got weird feelings from Luxembourg.