Southern California native Randy Freedman went to his first Dead show in 1990 with his older brother. He remembers a strong connection back to a Shoreline fall run in ’91, “The nuance of a 3-night stand ending with a “Brokedown” encore, causing thousands of people to have the same nostalgic feeling independently, where suddenly we are now compelled to go to the next show–when it wasn’t planned in the itinerary, haha. This affect/phenomenon gripped me. It was my first experience of what I consider true adventure. The fostering of spontaneity and creativity. I’m forever grateful to my brother Matt for introducing me to GD and Jerry. The barter system and creativity on Shakedown and around the lot would end up having a great influence on me.” 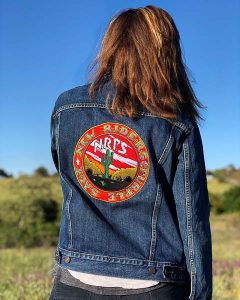 After Jerry passed, Randy followed the heartbeat of Americana music. His love for lap steel guitar influenced an appreciation for Ben Harper’s unique take on folk blues combined with rock n’ roll. In the early oughts, he ran into Ben at a guitar shop in Santa Monica, and they became good friends. Soon he was on the road as the band’s equipment manager and guitar tech, lasting through the next decade. Hanging with Ben playing acoustic guitar one day, he noticed Ben had on a denim jacket on with a vintage jacquard (a fabric that has complex patterns woven into it)  guitar strap. “I fell in love with the combination, and immediately became an avid researcher and collector of both vintage denim and Deadstock jacquard braid,” Randy recalled. Inspired by the psychedelic textiles, he fell in love with the texture, depth, richness, and color of the style. 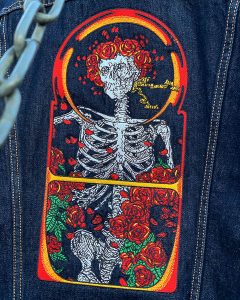 Doing early design work for Ben’s band encouraged a deeper discovery. A keen collector of patches, Randy knew right away for him, stitching felt right over printing. He had made denim tour jackets covered in patches and an idea grew: a meaningful jacket that could tell a story about who you are, where you’ve been, and could possibly shed light on where you’re going. “A garment that has deep meaning,” Randy explained, “Something meaningful that folks can take with them down the road. Wovenfree was born in that moment.” 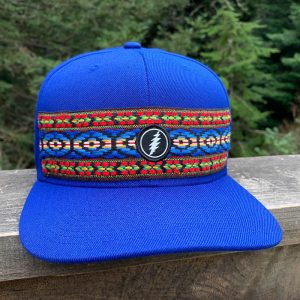 Tailoring and textiles became his obsession. He collected and repurposed all kinds of vintage shirts and jackets. Focusing on color and detail, he wanted to push the limits of embroidery, changing stitching methods and using specialty stitches. Playing with large sized embroidery inlaid directly into fabrics, he watched shapes fit naturally into the center back panel of trucker jackets and combined his favorite art with ways to make the important details shine. 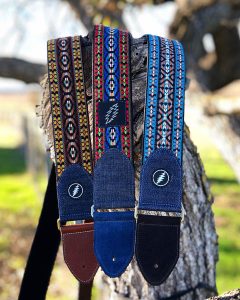 Wovenfree makes limited batches of hats, tees, bracelets, pouches, pillows, and awesome custom jackets. Along with his own creations, he works with artists in the GD community on some great combinations, nurturing a fun approach to vintage custom apparel. He described, “Collaborations are fun! They join different perspectives, even if just for a moment and I always learn something new from them, take something special with me, which usually includes a new friendship as well. I’m grateful for that.” Wovenfree carries jackets with artist Jack Shure’s artful patches, and fun designs from artist Colleen Newcomb’s Wildlight Glassworks art. 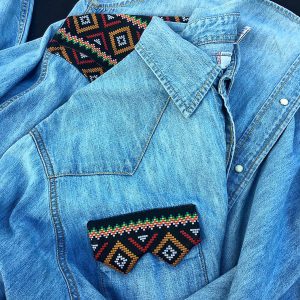 Randy shapes Wovenfree pieces in an organic meditative design practice. He’ll pull all kinds of materials and sit with them awhile, making a connection and falling into a rhythm to make a piece. Mood plays an important part in his process, and trips to Valle de Guadalupe in Baja also inspire a great respect for nature, and part of his aesthetic in concert with the rich textures and hues found in the environment. 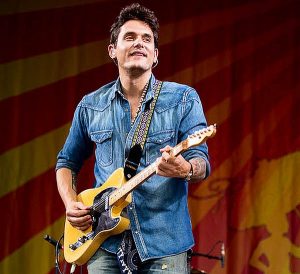 Just before starting Wovenfree, working with jacquard, he made a limited collection of guitar straps. John Mayer bought the full collection at a local clothing shop in Venice.  Randy had no idea until he watched the Born & Raised album sessions and saw John using them. Randy shared, “The more connected the scene and the more we support each other–well, it becomes eternal. Not Fadeaway…” 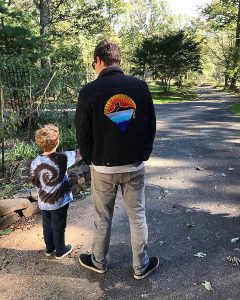 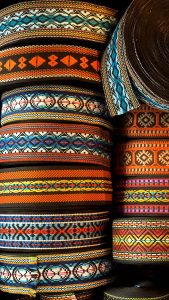