“Our Grateful Dead culture is rich in synchronous magic, and on arriving in the Bay Area, my life and social circles were increasingly Deadified,” explained artist Susana Millman.

A young academic from New York, Susana was studying ethnobotany and shamanism in South America in the early ‘70s when she met and traveled with a bunch of SF Deadheads. She remembered, “Our lives were radically improvisational, which went along with all the Grateful Dead music they had. It was the constant background to our adventures, and my compass was set to San Francisco.”

In the Bay Area she made amazing friendships while running a business importing clothing and artifacts from India. Her travels in Asia inspired her to take photographs visualizing the colorful cultural worlds new to her. On Nikon DSLR’s, she developed her skills and nurtured a talent and career shooting photographs. 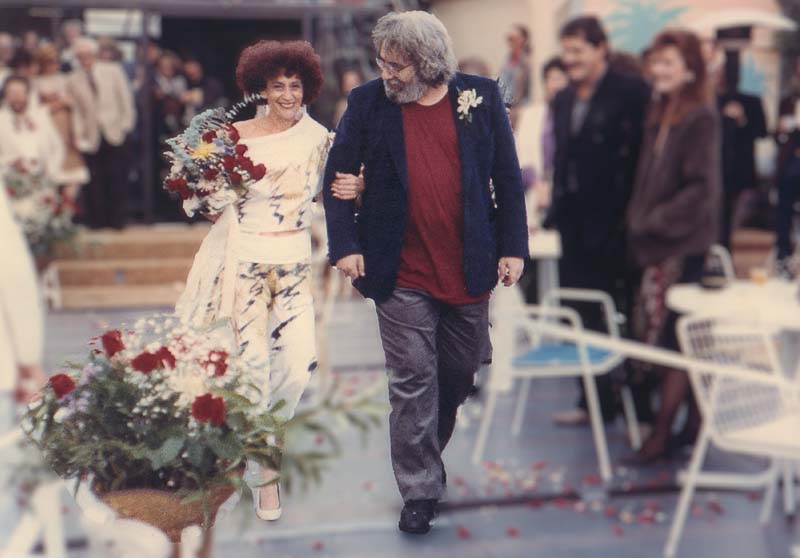 Her community grew and naturally she met more of the Grateful Dead extended family along the way. “My friend, who gave me a ticket to 12/29/77, introduced me to her friends Dick and Carol Latvala at that show. In the spring of ‘78 I became friends with Rock and Nicki Scully after we shared a ride to a show at Autzen Stadium in Eugene.  We got closer as our daughters had playdates and went to Camp Winnarainbow together. Jerry, then a bachelor, lived downstairs from Rock and Nicki, ate upstairs with them,  and I was able to join in,” Susana explained. “And in 1984, Dick introduced me to my neighbor, Dennis McNally, who became a new friend until one day Jerry made a comment to me to the effect of getting together with Dennis in a more personal way, and the rest is history. And that’s why Jerry walked me down the aisle.”

Stirred by images shot by artists Henri Cartier-Bresson and Weegee emphasizing the camera’s capture of the decisive moment, Susana inherited a particular and very personal aesthetic of her own. She’s excited by the intimacy of exchanges, the synchronous magic she sees in her frame.  Among her favorite images are those which capture special looks between Grateful Dead band members and seem more alive to her. She recalled, “I had the need to share what I was seeing and began to bond with the camera. Soon it became natural to think of sharing my love for the GD through photos.”

Backstage or onstage, Susana adopted an artful approach of a connected observer. Inside the consciousness of the scene and music, with her camera she could feel out a shared experience of what was happening. “I had been around for a while before I was married to Dennis and contrary to what you might think about a person who calls herself Mamarazi, I am much happier as a fly on the wall. I’m pretty benign and believe in ‘Do No Harm’ and had been as inoffensive and unobtrusive as possible in a scene which I loved and had to keep pinching myself that this was actually happening to me,” Susana said about her emerging experiences with the camera.

“I knew how unique my situation and opportunity was and I wanted to document the breadth of it. I am honored to have shared the photo pits at shows with a gaggle of incredible performance photographers—Bob Minkin, Jay Blakesberg, and Ken Friedman.  But I had a special access to the breadth of the Grateful Dead as a family, as an organization based on being an extended family, as a cultural force, and as a community with a whole lot goin’ on. So, there were so many people who were contributing to the final happening on stage, and I kept my finger on the shutter,” she shared. 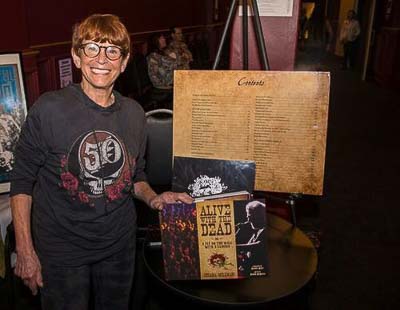 Susana went digital in the early 2000s. In 2015, when she saw Dead and Co., something came over her, another wave of synchronous magic. She called it “the feeling.” By this time, she recognized she had an incredible collection of images and started thinking about making a book to share all her photos with our community. Funded by a Kickstarter, Susana made Alive with the Dead, a beautiful hardcover art book of almost 500 photos, with stories by her and Dennis and a foreword by Mickey Hart. Filled with live shots of the band, there’s also intimate vignettes and special moments from Bobby’s wedding, the “Hell in a Bucket” music video shoot, and the 1988 Bammies (Bay Area Music Awards).

The book has fantastic energy, with epic shots of the band and a cool double exposure created from a fourth of July fireworks shot and Phil at the Greek, shot on the same roll 9 days later. Susana reflected on photography, “It’s all enhanced my feel for spontaneity and the sense that there can be a good shot anywhere. In the strangest of places if you look at it right… imagine, a good shot standing behind Bill Walton!” 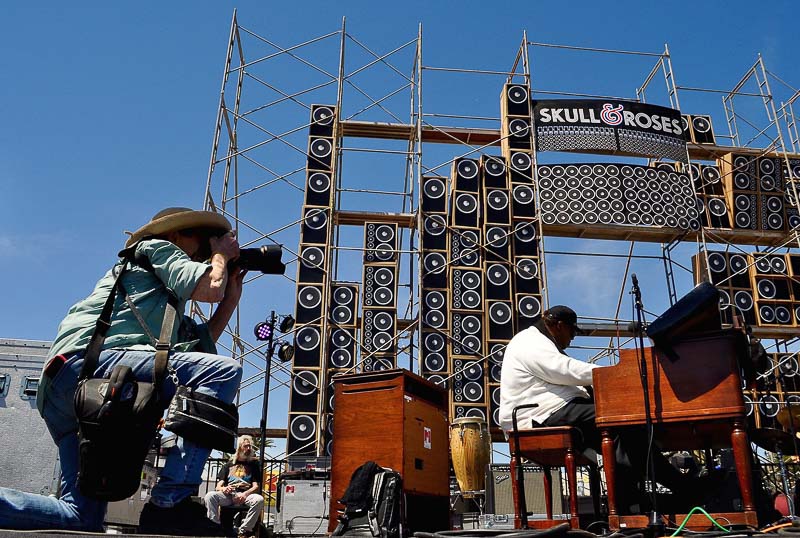