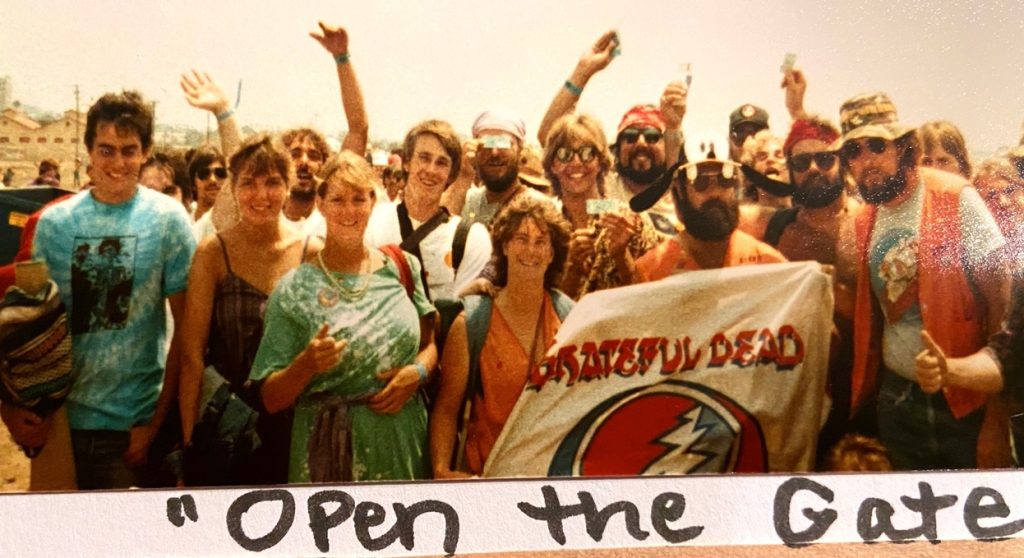 1984 was truly one of the best years at the Ventura shows. Organization and timing were notable with the production company, Bill Graham Presents, and the Dead Heads who flocked to the event from far and near. Being an Olympic Games fan and realizing that the start of the Games in Los Angeles was less than a week out, I decided to come up with some new strategies and plans for the actual shows. Once again, we started our day in the priority line, taking turns, so we would be ready to enter the oval dirt filled arena for the day. 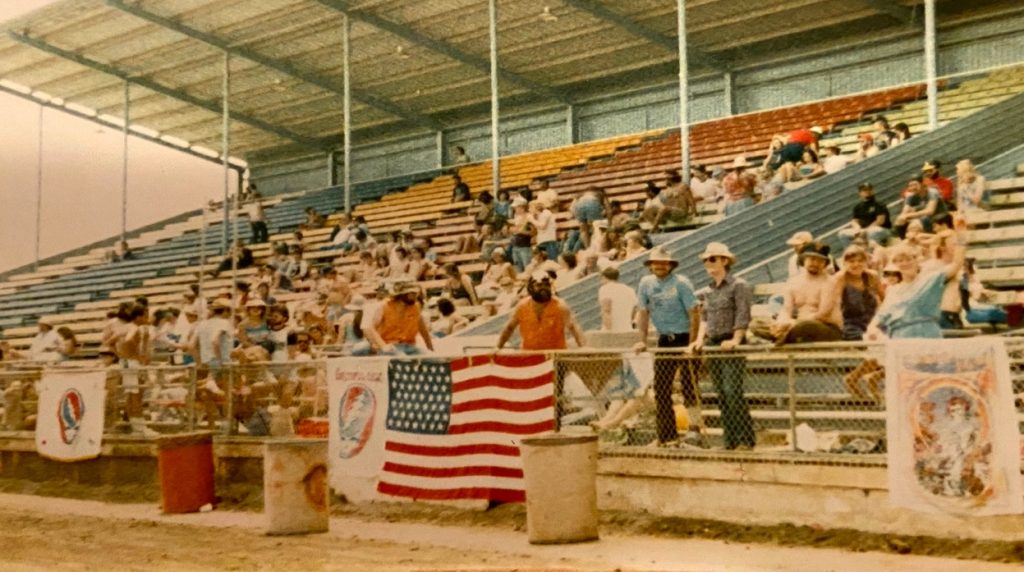 Instead of heading to the soundboard area to hang out, I suggested grabbing one of the boxes at the base of the grandstands for all of us to have a home base. This was an ideal location because it was above the crowded oval, and we could hang banners/flags, view the stage without anything in the way, and we could score songs for all to see, just for fun. After all, it was an Olympic year and there would be lots of scoring done in the near future. 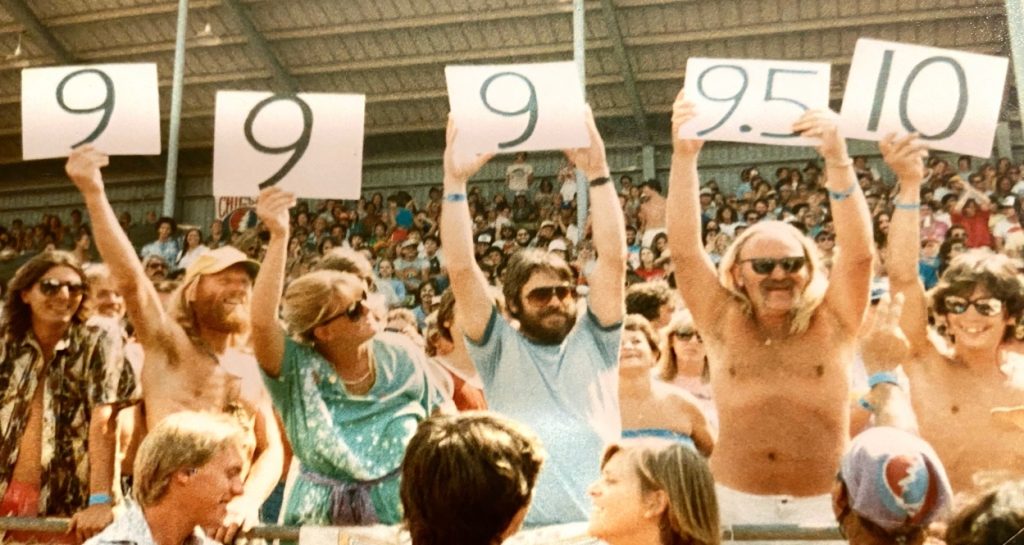 I thought about how gymnasts were scored on a 1 to 10 scale. I figured that would be the easiest way to score a song. (Seriously, this was all just fun and games friends).  I made some cards with the numbers 8 to 10. We only actually scored two or three songs at the most, but the photo above was the scoring of “Althea.”  One funny thing I remember regarding our scoring was the shaking of Bob and Jerry’s head when they looked over at us and figured out what we were doing. It was a fun moment and will always be one of those memories that will be with me forever. 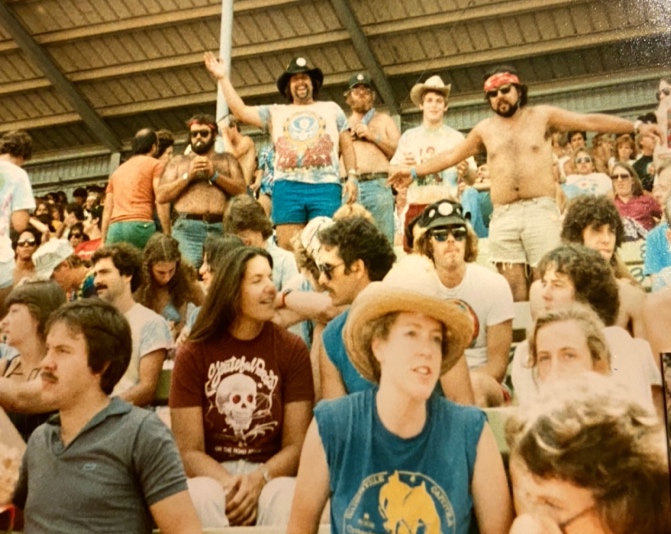 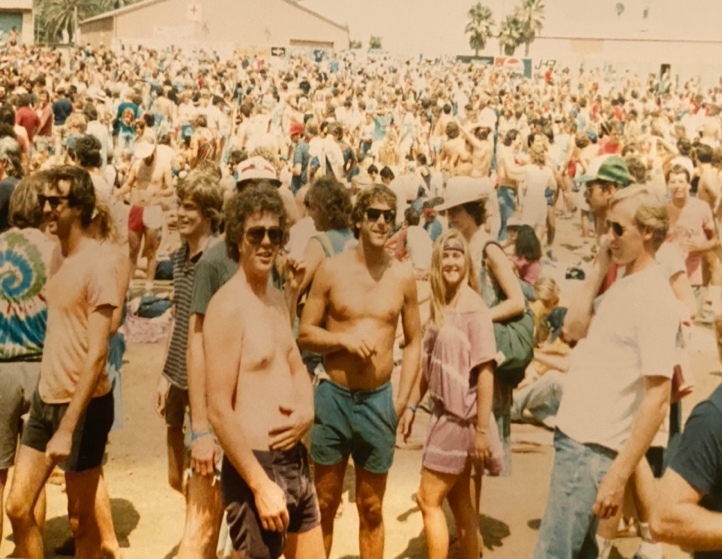 Being so close to home brought out so many family and friends that wherever I would look there were loved ones grooving the day away. These shows were some of the highlights of the early 80’s Grateful Dead experience. Reflecting back on this particular show brings joy and sadness to my soul due to the loss of some of these loved ones in these photos. Your Love was real, NFA! 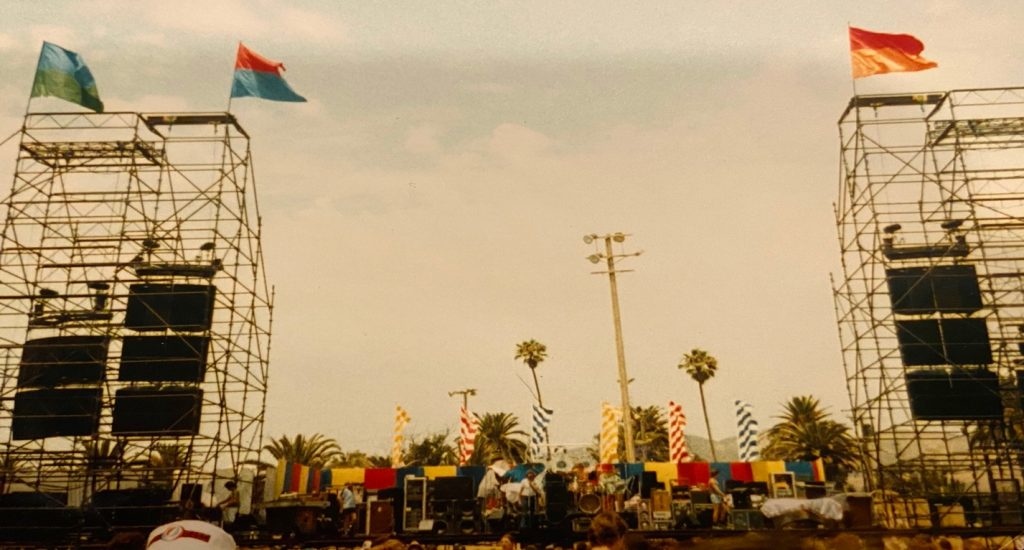 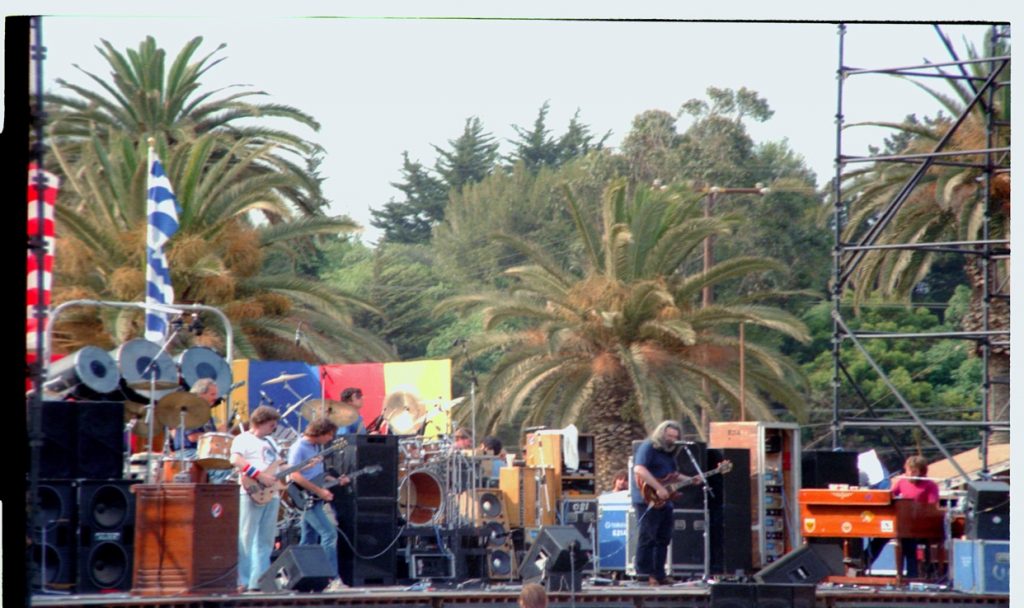 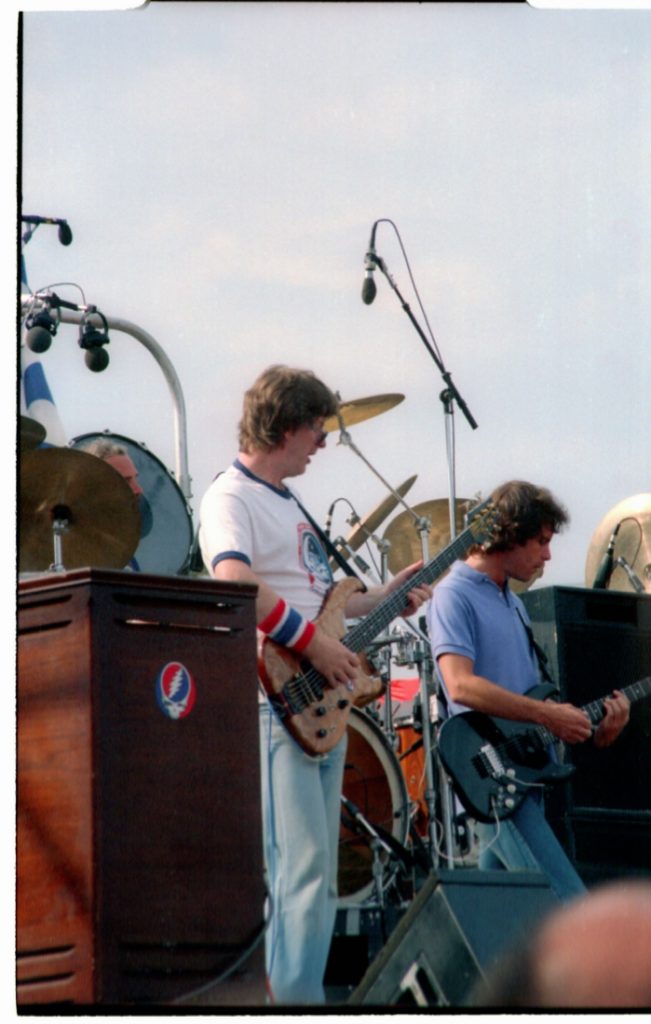 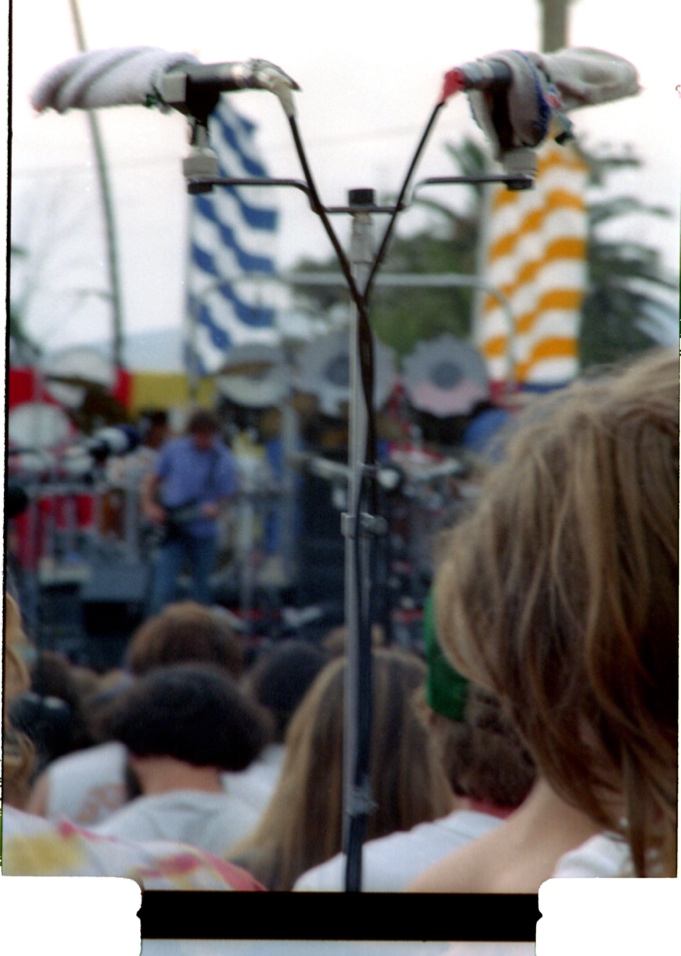 Thanks to Joe Giannelli, my tour buddy, for sharing some of these photos. Without his handy camara skills I would not have had the precious scrapbook albums I do. And to BGP, thank you for a real good time, July 22nd 1984!!